THESE GUYS RACED ACROSS THE COUNTRY IN A FAKE MILITARY VEHICLE 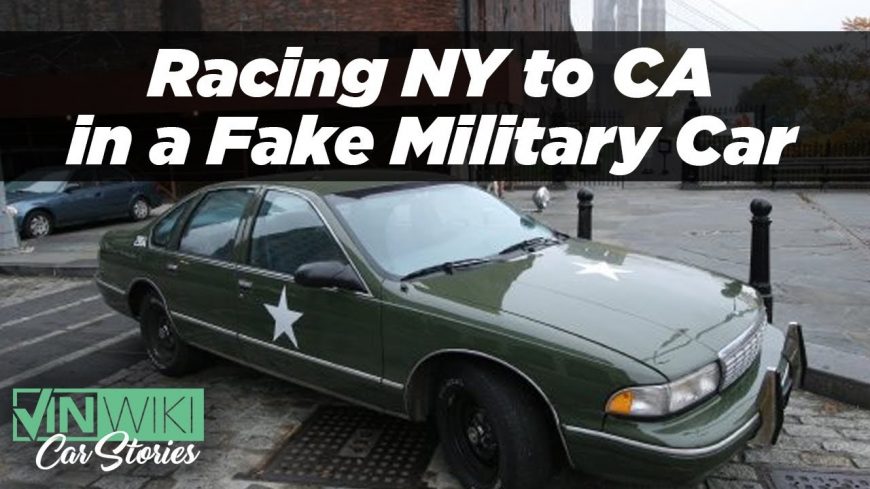 Imagine driving cross country in a fake military vehicle, dressed up in military garb, with no type of license plate or identifying markings on the car. Basically, it sounds like a formula to get tied up in a little bit of trouble and this time, we follow along with such a story as the VIN Wiki YouTube channel brings us a little bit of an anecdote about how a couple of guys did just that, taking such a vehicle across the country in the name of the 2904, a sort of cheap car Cannonball Run. Would the police give them problems or would they be able to make their way freely across the highways of America without being given any issues?

It’s definitely has the makings of something suspenseful as they never know what’s going to happen next as the group dressed up as old-school Chevrolet Caprice and pretty much sent it to the roads without too much work being invested in the retired police car. As you can probably imagine, the setup had to have drawn a lot of attention to itself and when you’re riding around without license plates, that’s exactly what you don’t want to happen. However, with the trials and tribulations that were dealt to this group during the ride, it appears as if they did a pretty good job of handling them and persevering.

Roll on down below and you’ll get the point of view of John, the man behind the car and the owner of “the 2904” who will tell you all about the ups and downs of this story that kept that the car moving forward and kept the crew on their way to their final destination. If for nothing else, deciding to set off on this journey really ended with quite a story to tell.