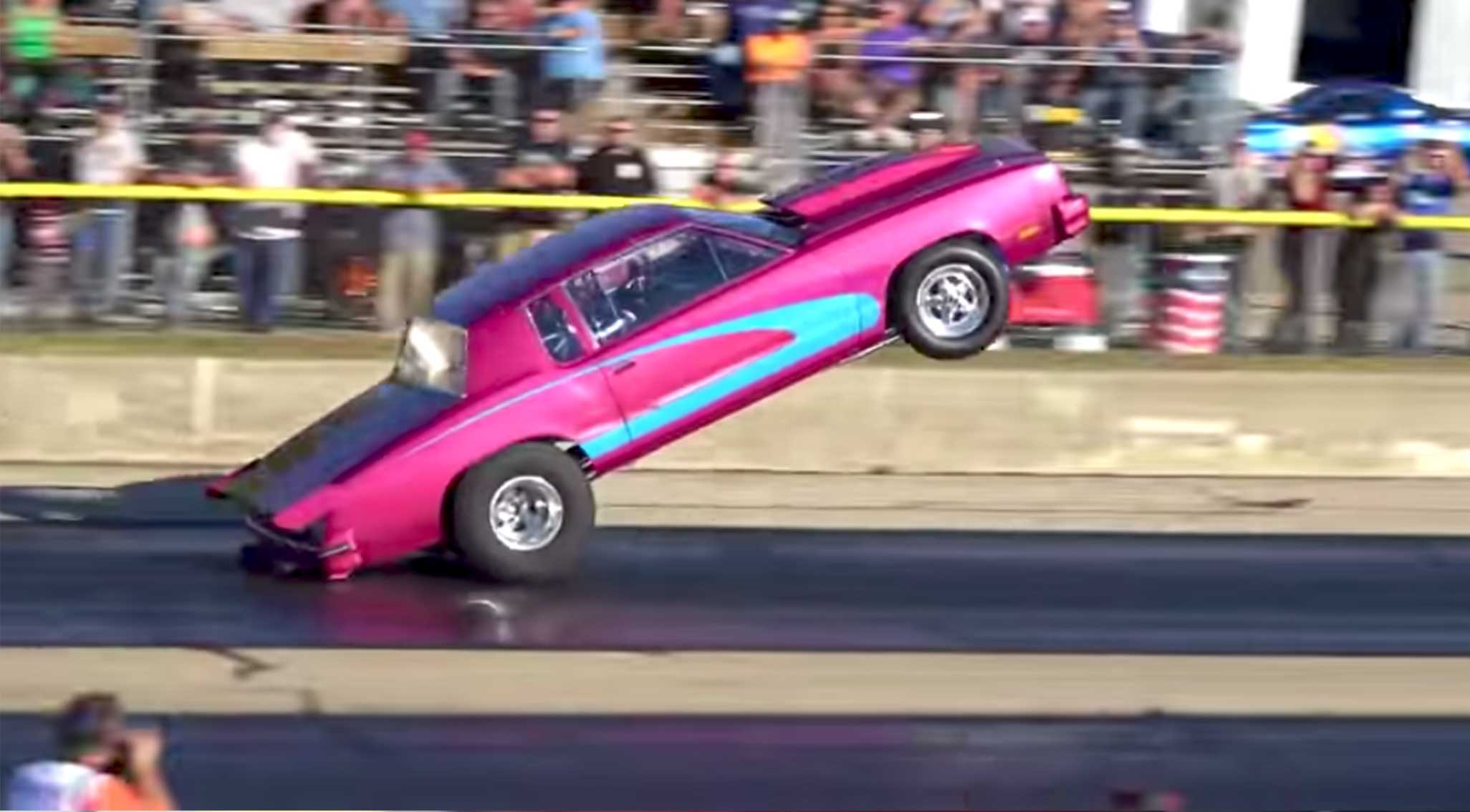 The wheelie is one of those things that, no matter who you are, can throw a little bit of excitement into your day. Watching a car stand up on its rear bumper is truly something that is worth admiring. Heck, as we see in this video, there are entire contests dedicated to this act that will have a car standing up on its hind legs, so to speak, and going to town with a killer wheelie display. The idea is to yank them as high as you can and carry it out as far as possible and this time, we check out a situation during a wheelie contest that didn’t exactly go as according to plan.

In this one, Jason Schubert is the one who steps up to the plate in his bright purple G Body, a car that looks like Jason has invested lots of time and effort into. However, as he stands it up this time, everything just happened so quickly and before we know it, the car is hitting the wall and rolling over. Normally, the aim of a contest like this is to keep those wheels up and keep the car moving down the center of the track as straight as you possibly can, obviously. This time, however, it looks like Jason just lost sight of where he was and ended up in a bad position.

It’s kind of hard to watch as this shining G body ends up hitting a wall and tumbling over a couple of times. From reports on the track, we’re told that Jason was alright after it all was said and done. However, I would venture to think that he was a little bit shaken up after the fact and is probably in for quite a headache when figuring out which parts he is going to be able to salvage and what he has to simply replace as he gets ready to get back to the drag strip.