This SS Shaun Chevelle is showing a lesson to Nisan GT-R Godzilla !!! 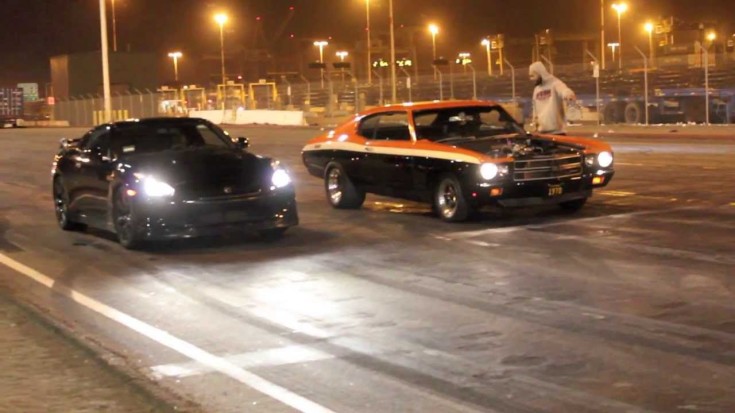 This is a race that is very excited of all other street race and really deserves your attention.

On the one hand it is the legendary American muscle car Chevelle SS Sean and the other side is the Nissan GT-R Godzilla Japanese beast.

It seems that although it’s been around for some years, R35 Nissan GT-R is gaining more support as a community favorite among car also fast becoming known for destroying the very obvious fast / expensive cars / Exotic well, and then it happened this.

Sean Chevelle SS is known to be one of the meanest and most amazing muscle cars that ever existed. This machine street legal monster is simply out of this world. Check the struggling Japanese Godzilla. It’s so good. We’re not 100% sure what powers this beast, but the power will certainly reach four digits.

Japanese Godzilla is also one of the fastest cars in the world, but it was not fast enough to win the race.

Watch and enjoy the power of this amazing car.