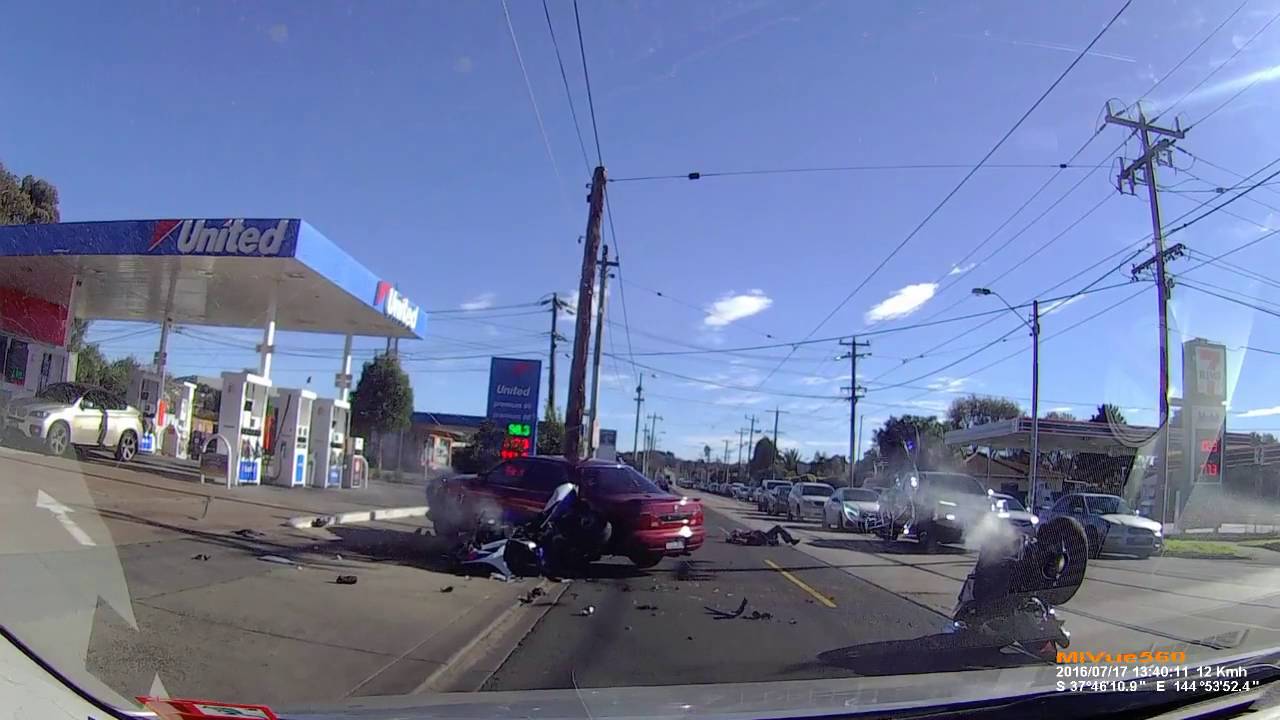 Sometimes we have to show you some brutal accident in order to warn you about some dangerous situations and we are afraid that this is one of those videos.

The incident has been recorded by a dashcam “down under” in Maribyrnong, a suburb of Melbourne, Australia, and it sure is a nasty one.

It starts normal with two biker driving in front the vehicles equipped with a dashcam and while the bikers are riding normally and not speeding, a vehicle crosses over from the stopped traffic without looking driving right in front of them.

The next thing you know both bikers are flying in the air over the car and land hard on the asphalt.

Bystanders immediately rush to help them which is the best thing you will see in the video and we are lucky to report that only the second driver had a broken leg, the other one survived some bruising but no broken bones.

Play the video and see what happened in Maribyrnong on that day.