Watch a Ford Mustang Crash Into a Lamborghini Dealership !! 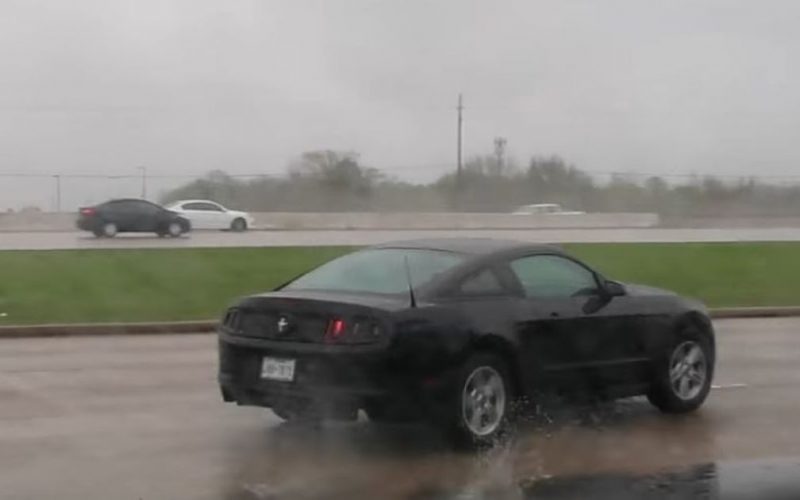 The Mustang’s crash-happy reputation is likely to persist as long as new videos like this one, which depicts a fifth-gen Mustang wiping out into the edge of a Lamborghini dealership’s parking lot, keep bouncing onto the web. The video, which was uploaded to YouTube on March 11th, shows a black Ford Mustang wearing Texas plates being filmed by a following car as it leaves the Lamborghini dealership.

As the muscle car pulls onto the wet road, the driver gooses it, kicking the rear end out with style. At which point, things go pear-shaped fast: the driver overcorrects not once but twice, sending the Mustang careening over the curb and straight into some construction fencing at the dealership’s edge, narrowly missing a Corvette Z06, a Cadillac Escalade, a Lamborghini Gallardo Spyder…and, somewhat ironically, another Ford Mustang.

Luckily, the driver was unharmed and the car suffered only cosmetic damage, according to the video description.