THE MOST DRAMATIC END TO A POLICE CHASE! 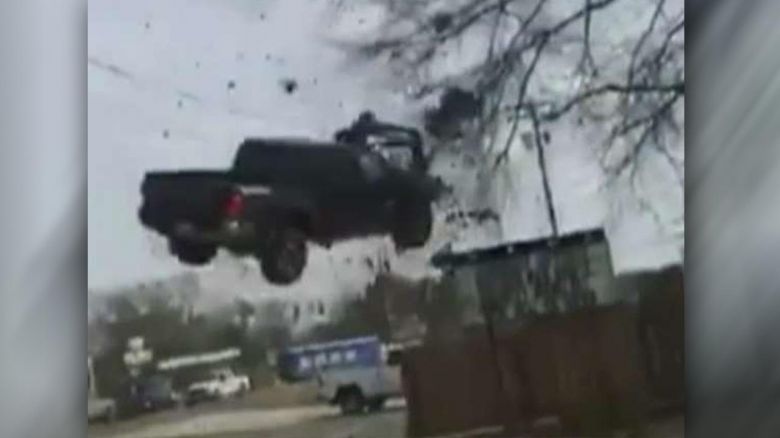 Running from the cops is never a great idea, many times it is better to face the penalty that the law has for you instead of risking your life, the life of your passengers and the lives of everybody else in traffic in order to avoid facing justice.

We have seen many police car chases and a huge percentage of them end with a crash, or even worse with a shooting.

This time luckily nobody gets shot, but it is probably the most insane end to a police chase that we have ever seen, the air that this thing got was close to professional stunt jumps, except that he did it in a normal pickup at an incredible speed.

One thing we have to say is kudos to the guy handling the camera, this flying Toyota was not the easiest thing to be filmed from up-close.