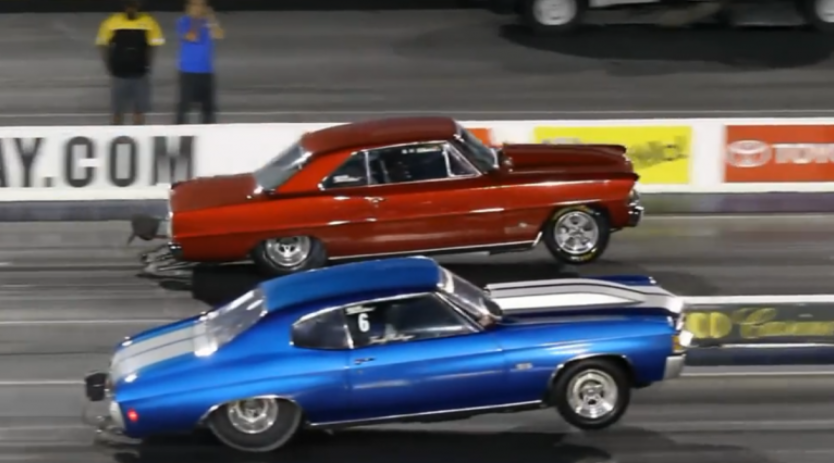 There is nobody on the planet that does not like a close race, no matter what your sport or hobby is, when two immensely powerful beasts roar at the top of their lungs down the straight finishing the race in about 8 seconds, nobody can look away.

And this time we got just that for you, an impressive battle is fought by a Nova in one lane, an a Chevelle in the lane next to it.

Both cars get off the line flawlessly lifting the front tires in the air as both drivers dump the clutch and the super stock 1967 Chevy Nova and the pro street 1971 Chevy Chevelle in the other lane catapult themselves down the straight both finishing in the low eights, but to find out which one of them will be victorious you will have to play the video because we don’t want to spoil the fun for you!