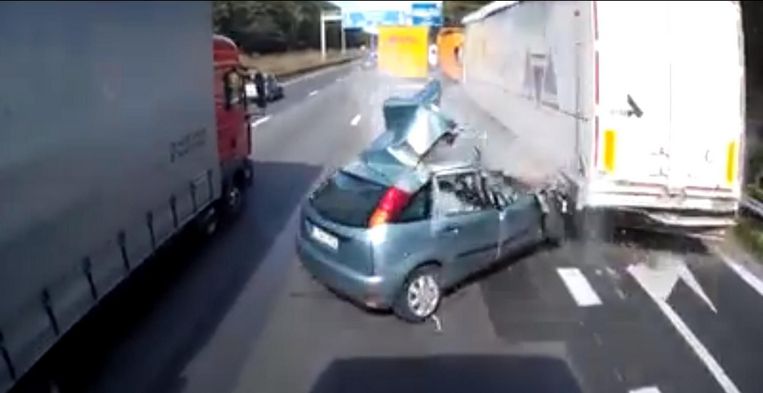 Here’s one very good example of why you should never leave it too late to exit the motorway – as this lucky driver found out.

The shocking footage, captured on the dashboard camera of another lorry, shows the terrifying moment the driver of a light blue Ford Mondeo decided to take a chance and swerve across three lanes of fast-moving traffic to find the slip road.

But as she dodged between huge articulated trucks, she didn’t see that vehicles on the exit route were stationary and ploughed straight into the back of a white lorry, ripping off the roof and demolishing the bonet.