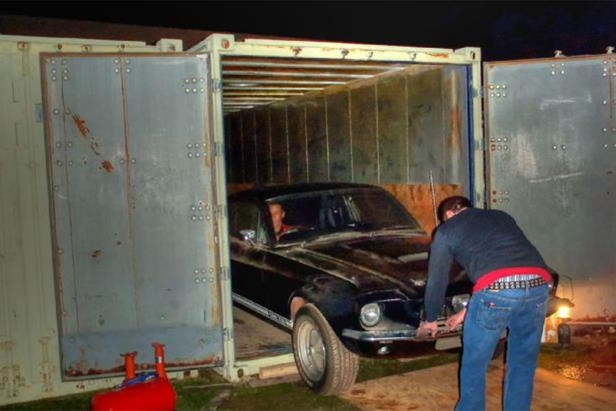 For years, we had been after John Frakes to show us pictures and tell us details of his amazing Shelby find, which we had heard about. We see John and his wife Jan at the Mid-America Ford & Shelby event every year. They own J & J Classic Fords in Owasso, Oklahoma. Finally, we got the story.

“Got it out of California in a Sea-Land container that an old man had for years,” John says. We then wondered how he had gotten the lead to unlock this Rare Find. “I was at the Springfield Street Machine Nationals talking to a buddy of mine,” John says. “He knew of a Shelby in Chico, California, but all he knew about it was the guy’s last name—Newton. That’s all.”

Naturally, John did what any of us would do. He got on the phone and started calling everybody in that area of the country named Newton. “I made a lot of calls,” John says. “Some people wouldn’t answer my questions and just hung up on me.” 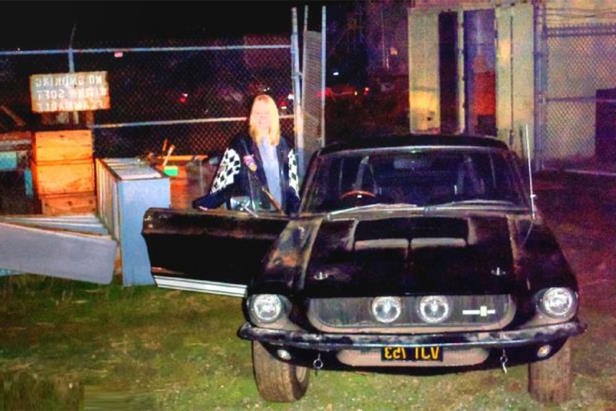 After six months of calling, he found a lady who knew one of the sons. Apparently, the father, Scott, who was the original owner, had died a few years earlier. There were four boys and one girl in the family. John got ahold of the family and learned that their father had ordered the Shelby brand-new. One of the boys told John that their mom would take them to school in the G.T. 350, and they also used the car to pull their boat to the lake on weekends.

The Shelby was #117—very early in the 1967 production run. John did his due diligence, researching the history of the car to be certain the Shelby was real before he went forward with the process of buying it. “They all wanted their cut out of it. So I told them to tell me how much they wanted, and I would come and pick up the car. They priced it to me, and I went and picked it up.” 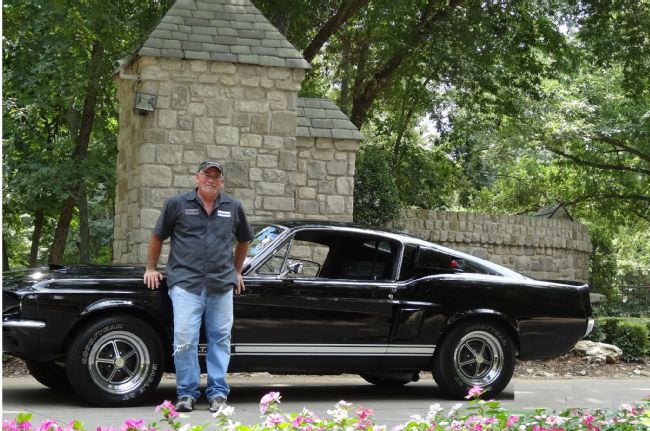 John and Jan hooked a trailer to their pickup and headed west 1,900 miles. They arrived after sunset in Chico, which is about 85 miles north of Sacramento in northern California.

“I was pretty shocked,” Frakes says when the Sea-Land container door swung open to reveal a black 1967 G.T. 350 fastback with an automatic transmission. The family owned an airport where they had about six Sea-Land containers full of “old BSA’s, Norton’s, old road-race bikes, and stuff,” John says. A lot of this stuff was piled on the Shelby, but they dug it out of the container at midnight. When they got the bikes and debris moved out of the way, John noticed the Mustang was sitting on jackstands.

“The car was in decent shape,” he says. “It was dirty and nasty, but it had been sitting for 15 years in that Sea-Land container.”

John and Jan were excited to see that it was a very early 1967 Shelby. The first 200 or so 1967 models were pretty much hand-built in California. Early cars came with inboard driving lights in the grille and little red “safety” lights in the scoops of the rear roof pillars on either side. Shelby-American dropped both these features early in the production run. The inboard lights, Shelby discovered, were illegal in some states. The red light in each upper scoop blinked with turn signals and glowed with application of the brakes.

“I just cleaned it up. I did go through the motor, the transmission, and the rear end. If it had fluid in it, I went through it. Everything got detailed. It had road chips, but the paint was original.”

Later, Frakes heard a rumor that Goodyear Tire & Rubber had used this Shelby in one of their advertisements back in 1967. The car in the ad and this car are both black with side stripes and no over-the-top stripes.