A father is being hailed as a hero after he rammed his own truck into a speeding car, ending a dangerous high-speed chase.Police say the pursuit started after a 14-year-old stole his grandfather’s car for a joyride. 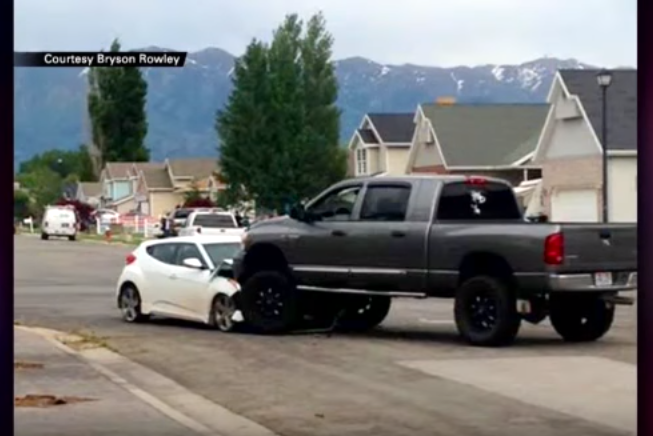 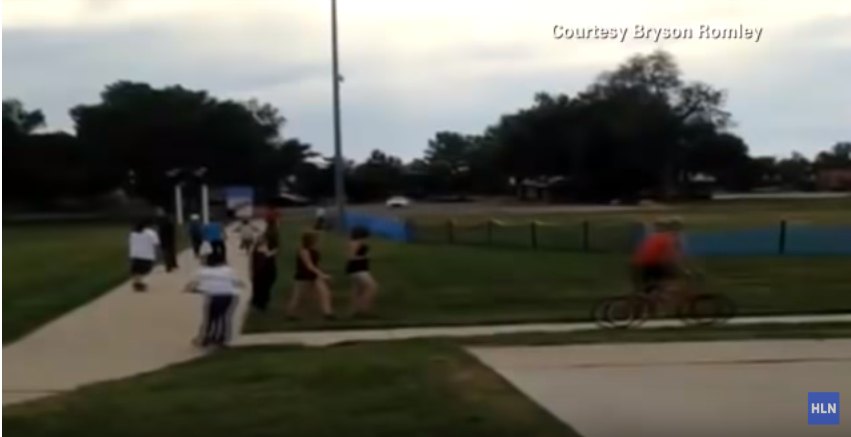 The teen led officers through neighborhoods at high speeds and eventually ended up tearing through a crowded park. 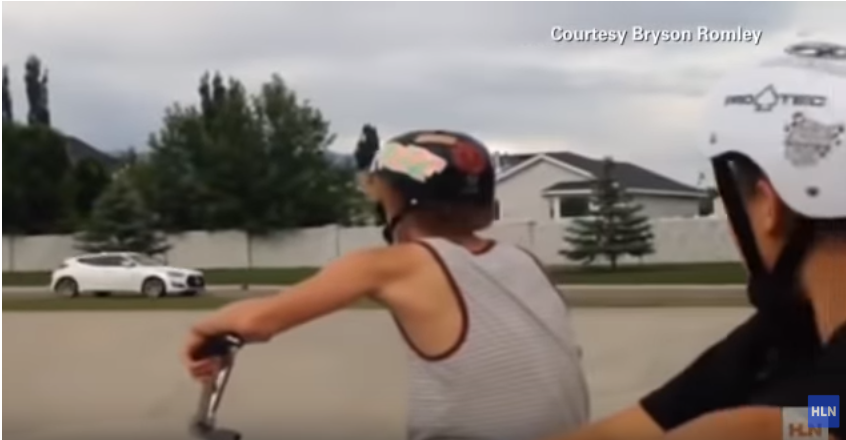 Cell phone video shows children having to quickly jump out of the way of the speeding car.When one dad saw the teen turning around to head back towards the park, he jumped into action.