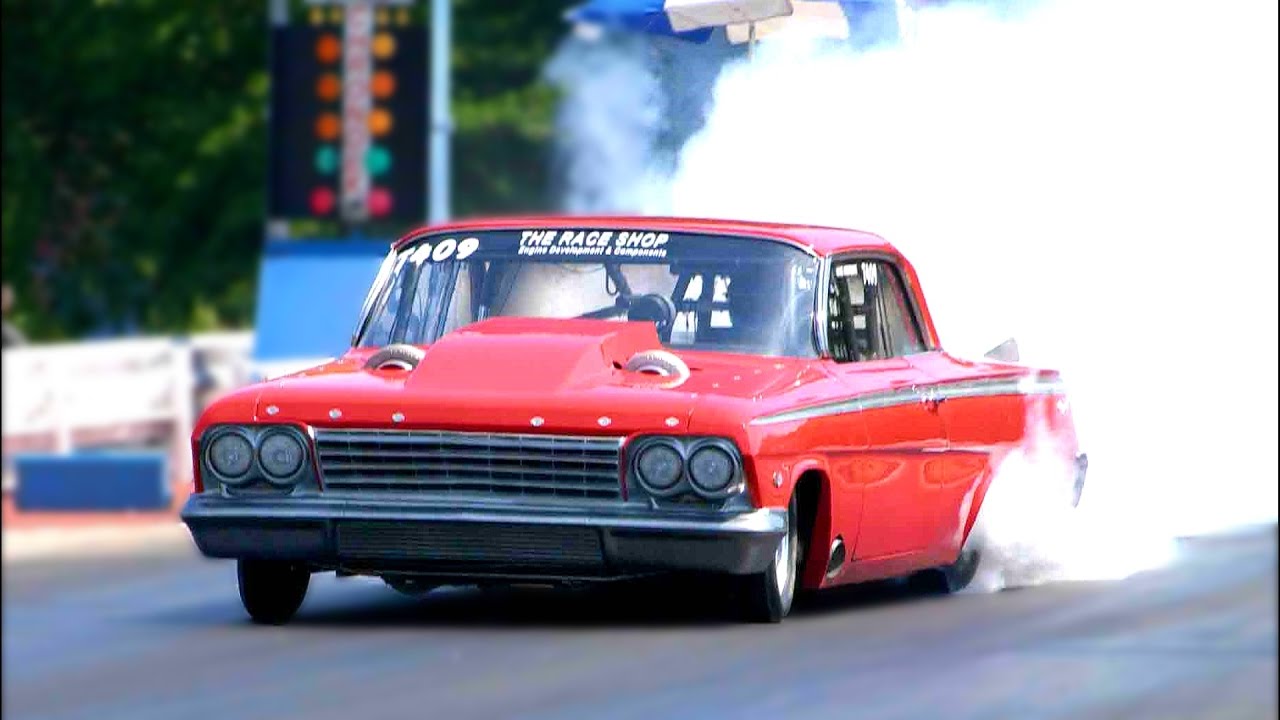 It kinda makes you wanna say, sir you have something that looks like frog eyes sticking out of you hood, just to be sarcastic because once you catch a glimpse of those huge 88mm turbo chargers sticking out of the hood on this fine specimen of a 1962 Chevy Impala you have to comment them, and for the most time, the initial comment is “damn”!

This time this awesome V-8 twin turbo beast is putting its power down (not too successfully to be honest) at the No Preps 2017 event where on one of the runs, even before it reaches the halfway point, this thing snaps sideways and the driver has to let off in order for him to keep it off the wall. 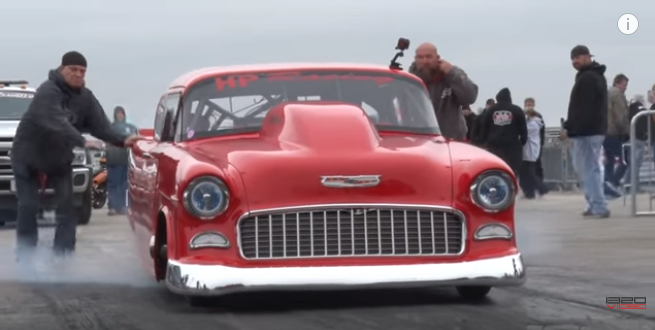 The second round was not so great either and all though these guys did not make it to the finals their spirits were still high and they were having a blast, so check it out in the video bellow.