Woman Gets Thrown in the Air While Stealing Gas !! 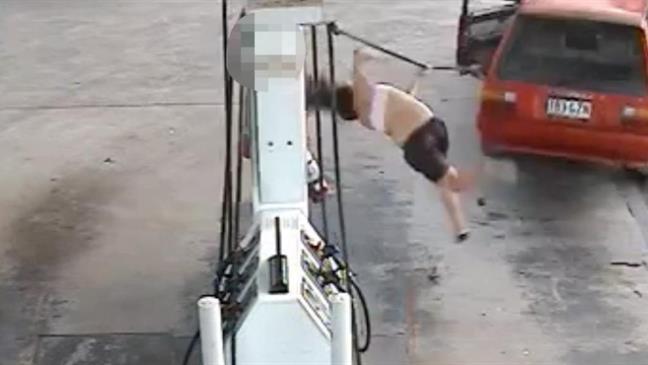 Instant karma. We all love watching it. Someone thinks they’re smart, they do something out of line and learn their lesson nice and quickly. And we have perhaps the greatest ever filmed example of instant karma for you right here.

While attempting to steal fuel from the pump, this female accomplice would be left in a world of hurt that she didn’t even really initiate. Either way, karmamanaged to hit her right in the side of the head, though!

When the gas station attendant got a little bit too close to this fuel stealing operation, the guy behind the wheel got uncomfortable and took off, causing the gas hose to throw the woman pumping the gas into the air!

She did manage to get up afterwards, through the embarrassment, as they left the pump open, with the line ripped off, to allow gasoline to flow all over the ground.

Check out the crime as captured on security camera below. This really isn’t an example of folks who are necessarily good at what they do, but heck, it sure did give us a laugh!