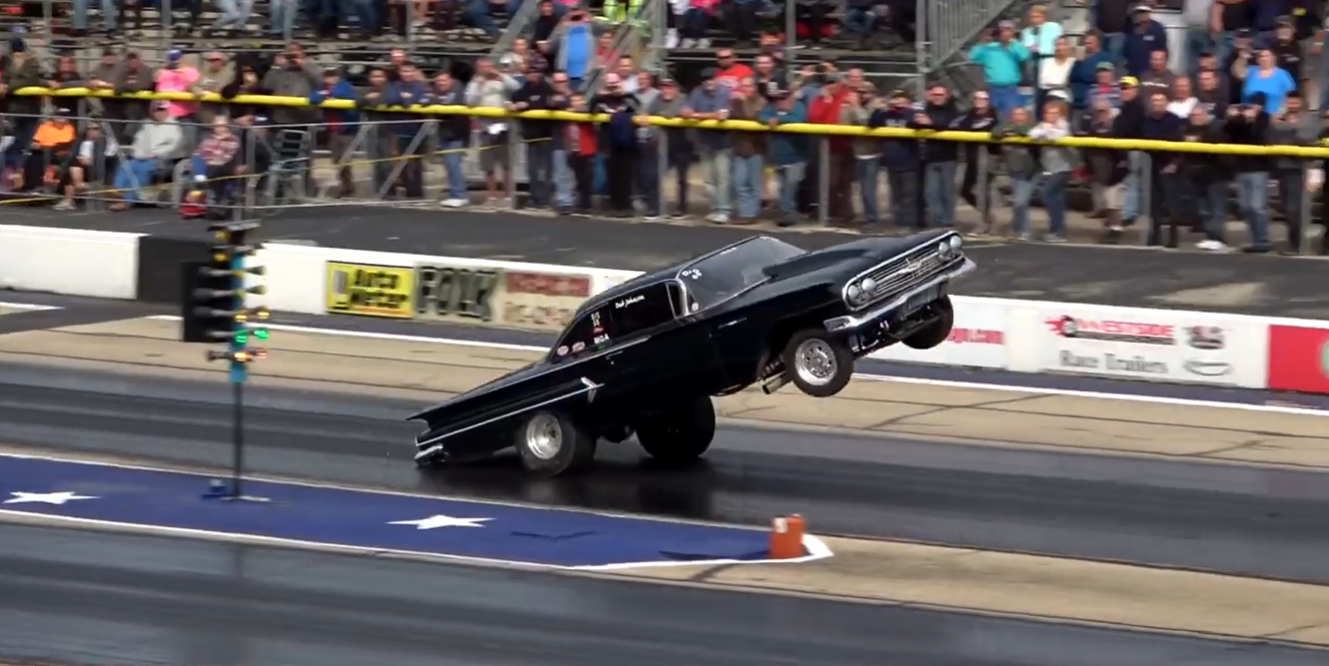 You guys have to take a look at this Wild and Crazy 1960 Chevy Bel Air Wheelie!!!

For almost every drag racer pulling a whe of the ground is an unwanted thing to happen due to huge outputs of torque that tends to rotate the entire vehicle on the rear axle as a result of the third Newton law of action and reaction.

So the racers install wheelie bars and then adjust them perfectly so they get most out of their car and accelerate as fast as possible on the way to the finish line.

But there is a part of them who love this phenomenon and they don’t fight it with wheelie bars but instead embrace it so much that a whole competition has been  built after it and they try to go as far as they can, with the front wheels clean off the ground.

The video you are going to see today is filmed during the Byron Wheelstand Contest in 2019 and shows an amazing 1960 Chevy Bel Air, who is owned and driven by Rick Johnson during this incredibly fun competition.

From what we understood he has been doing this job for quite a long time, and as we can see on the shared footage he has developed a unique instinct that allows him to keep the “go pedal” buried to the floor no matter where the car is pointed.

This man keeps it on the floor when many others would lift, and seems like this incredible 1960 Bel Air has been built to withstand these “crashes” as he slams the car repeatedly on the ground, and keeps taking it and taking it.

So check up this amazing driver and car combination as they explode off the line skyward and continue to drive down the track while staring at the sky riding that huge wave of torque towards the finish line.