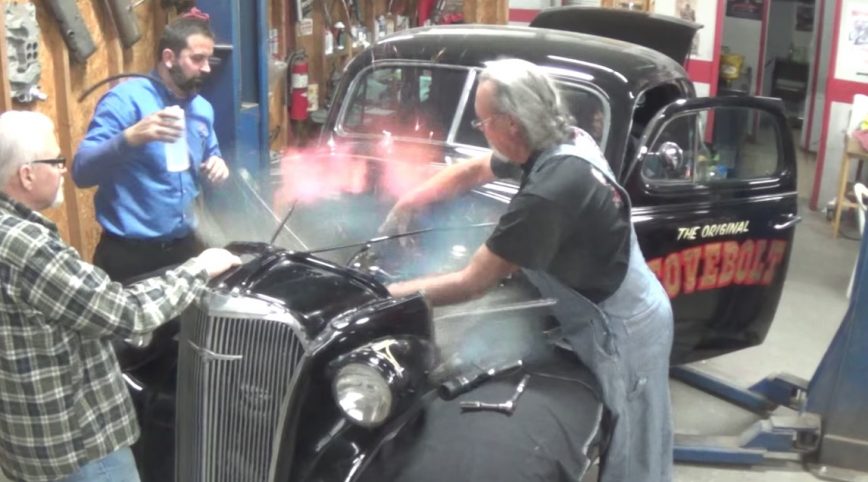 What they get, instead, is a couple of turns from the starter and an insane backfire that sent the intake flying and the mechanics scrambling. Apparently the timing was way off, causing the engine to backfire through the intake instead of turning over and cranking as expected. The explosion was incredibly forceful and looks like it could have done some serious damage to the engine, the shop, and the people around the powerplant when it exploded. Be warned, there is some pretty intense language following the backfire, so you want to listen to this with your headphone if you’re watching at work or around small children.

While we can’t really preach too much against what these guys were trying, it is always better to try to make the engine fire normally before taking the step of spraying fuel directly into the intake, just to prevent things like this from happening.