Watch This Man Use A Rock To Smash A Car Window To Save Dog In Hot Car! 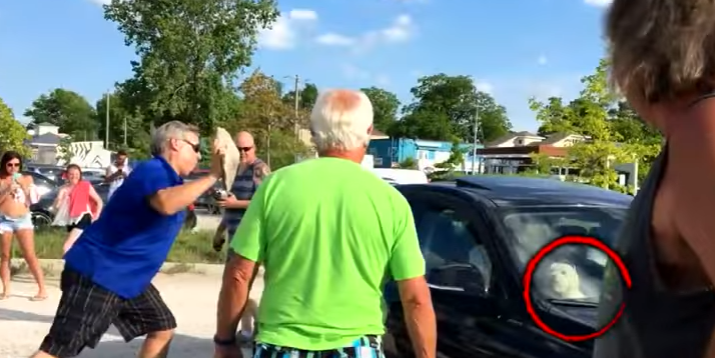 Leaving your pets inside the vehicle at a hot day is one of the first things real pet owners don’t do, so this guy decided that he better jump in to the rescue before that little dog gets in real trouble.

Granted the window was cracked and the sunroof as well, the rescuer realized that since the car is exposed at direct sunlight, this is not enough and if he does not react that little pup might dehydrate and die.

His course of action was breaking the rear window with a rock and rescuing the little dog but that BMW is not an easy target, the huge rock bounces of the rear window for a few times before he manages to break it and rescue the dog from the heat.

Check out this guy as he gets on the top of PETA’s lists of favorite people in one video, as he does his best to protect the animals in his area.