Watch Driver Run Over Biker, Allegedly For Giving Him The Finger 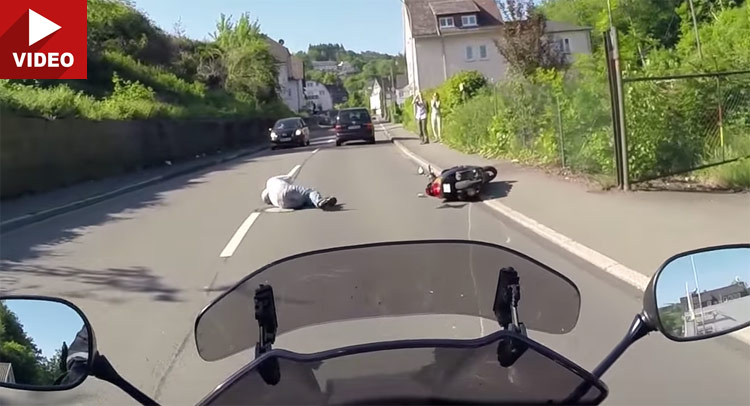 A German motorcyclist recorded an incident on his helmet camera in which a VW Touran ran over a scooter rider in an apparent road rage attack for the silliest of reasons: a middle finger – or so the driver claims.

YouTube author “Big Whoop” was riding his bike when he witnessed the driver of the Volkswagen minivan overtaking and deliberately knocking down the rider of the scooter before driving away.

After stopping shortly to check the condition of the injured motorcyclist, he chased the VW and confronted the motorist at a parking lot. The driver was defiant saying that he did what he did because the rider provoked him by giving him the long finger.

While not recorded on camera, in a posting on YouTube that you can read below, ‘Big Whoop’ said that he contacted the police, which investigated the matter and brought charges against the man revoking his license. He added that the scooter rider was “not hurt badly”.