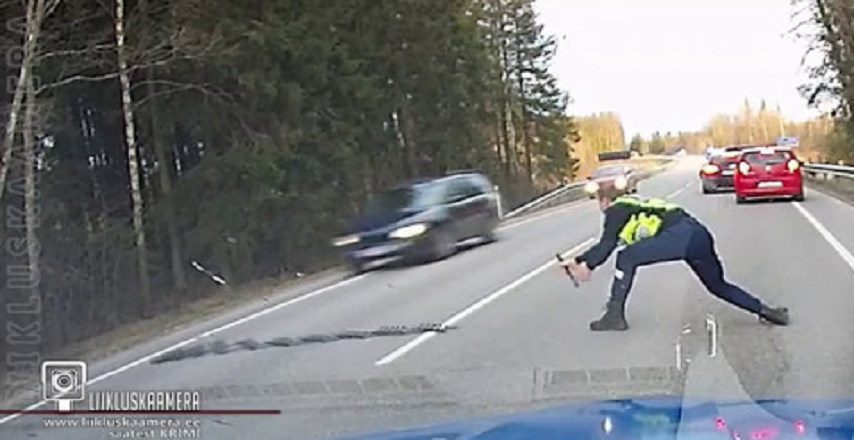 Estonian cop demonstrate how to efficiently stop a target and it’s just COOL.

Why leave a spike strip hanging out on the road when you could whip it in front of the target car at the last second like this badass Estonian cop?

The video uploaded to Youtube by liikluskaamera has now been viewed more than a million times. The event took place on the evening of May 1, around 7 am. The Emergency Response Center received a notification that an Opel car driver may be drunk or under the influence of drugs while driving.

In the footage, you will see how lightning fast the cops threw the spike strip and immediately pulled it so as not to affect the next car.