Watch A Deer Crash Into A Racing Corvette’s Windshield 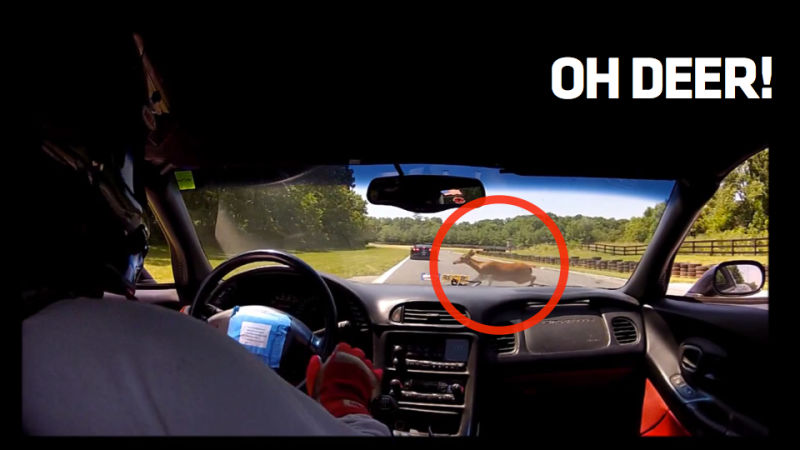 Track days can be an insanely fun venture to head out and do, channeling your inner speed freak as you’re able to pound down on the throttle and unleash what your car is really capable of, something that you might not be able to do on just about any highway without having to look over your shoulder for the law. However, even though these track outings can be a good time, obviously, I think it goes without saying that there’s also a little bit of risk involved. If you should get tangled up in some sort of accident, your insurance company is probably going to tell you to go kick rocks, that is, unless you joined up with some sort of racing insurance.

The annual Daisy Dukes Contest in West Virginia was delayed after a driver in a Corvette collided with a deer that made the mistake of trying to outrun a Z06 across the track. Warning: Semi-Graphic Video.

What started out as a relaxing day at the track ended abruptly when a deer that got itself trapped inside the course tried to get out. The driver of the Corvette basically had no way of avoiding Bambi as it attempted to jump over the car but instead went crashing into the windshield, spraying the interior with bits of glass.

And it gets worse according to the driver of the Corvette:

Bad enough my car got smashed, but to add insult to injury the HyperFest emcee told ten thousand Hillbillians that I was responsible for the thirty minute Daisy Duke delay.