Trucker Sees Horrific Crash And Runs To Help, But Has No Clue His Dash Cam Caught A Miracle !! 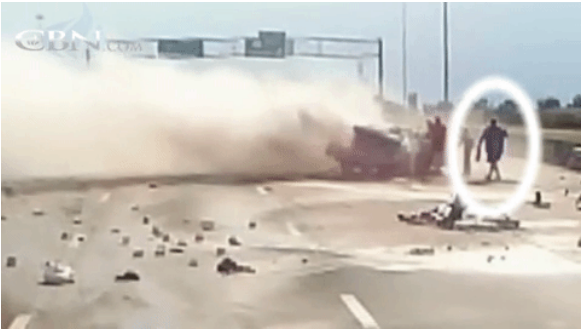 Everyone thought that the crash that was caught on this dashcam was one of the most terrifying tragedies ever recorded, but instead it was nothing less of a miracle.

The man who was first reach the wrecked car recalls the events of that day. After a huge head-on collision on a freeway made a massive fireball that set both the cars and the road on fire, he prayed he wouldn’t have to pull half burnt victims out of the wrack even though the chances of anyone surviving were slim. As he put the fire down he saw something through the back window that made him pray more than ever before.