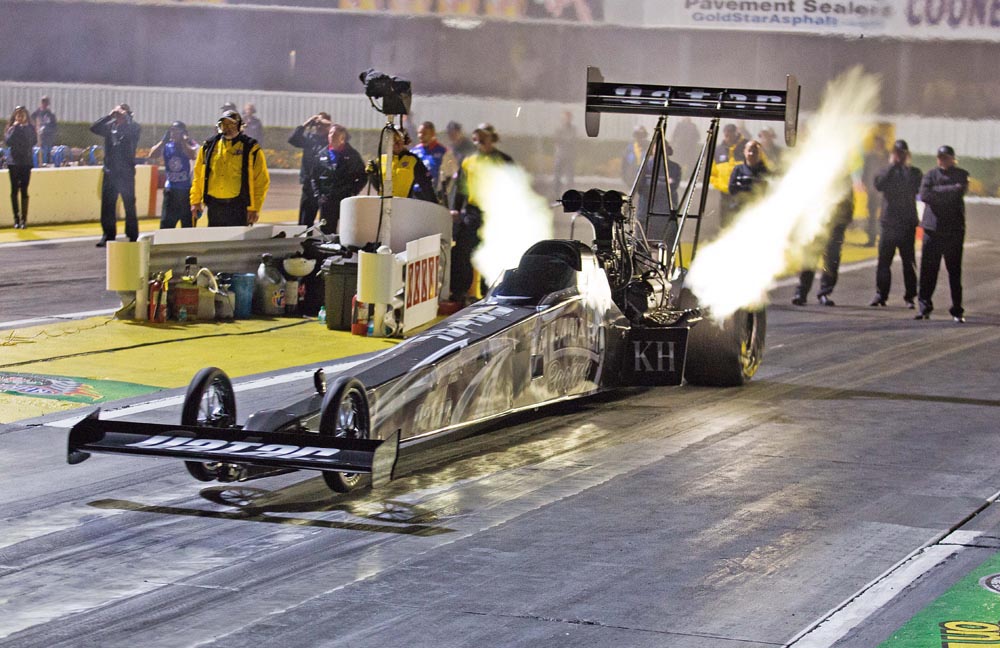 When you talk to folks who have gone fast, they will tell you that reaching the 200 mph mark is really something special and quite unexplainable. We can only imagine that going over 300 mph would be even more berzerk. We couldn’t even begin to wrap our minds around what it would be like to crash at such a speed.

For Tony Schumacher, he was forced to wrap his mind around it and do it quickly as he would just so happen to get tied up in such a predicament when he lost control of his Top Fuel Dragster and wrecked catastrophically at 320 mph, a scary sight for anyone who lays eyes on it.

Now, a crash like that would be a justifiable reason for just about anyone of any class of racing to want to hang up their fires suit but Tony simply would not give in to the intimidation factor of the crash as he would go step-by-step to try and slide his way back into competition even after some extended hospital time would curb his racing.

With a truck load of determination, Schumacher wouldn’t only work his way back to competition but he would go on to win a Top Fuel World Championship after the wild accident. Watch and listen to the amazing process of recovery in the video below that brought this drag racer back to the cockpit once again.