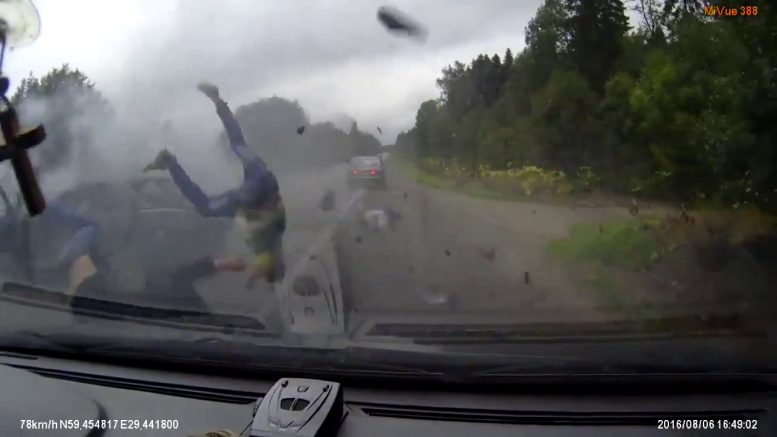 “Those crazy Russians” has been a thing for many years, and they sure live up to the saying.

Anything involving Russians is bound to be crazy or dangerous, and this recent video is no exception.

Every time you drive past crashed cars or a place where a terrible accident took place you feel some discomfort, but when you witness and accidentally film one, it’s completely different. The people who were filming the road during their drive surely went through shock and panic, but they still stopped and tried to help the injured.

What happened was that the driver of the Lada behind them decided to go around them, but he didn’t take into account the speed of the vehicle in the other track coming right at him. By the time he realized that the crash was inevitable and hit the breaks, it was too late. The Lada turned to the side, but the collision was still head-on as the other driver tried to go around. The truck smashed into it, and in split second car parts were flying through the air, as well as the passengers. Two of the three fell directly on the vehicle where the camera was while the third person ended up by the road but he was almost run over. It was impossible for the car to stop in time and the two probably got some additional pain because of its own speed.

Unfortunately, the driver didn’t escape death as he didn’t manage to get out of his Lada, but the three of his friends were hospitalized because of severe brain damage and fractures. Like it’s frequently the case in horrible road accidents, all three of these people were very young.