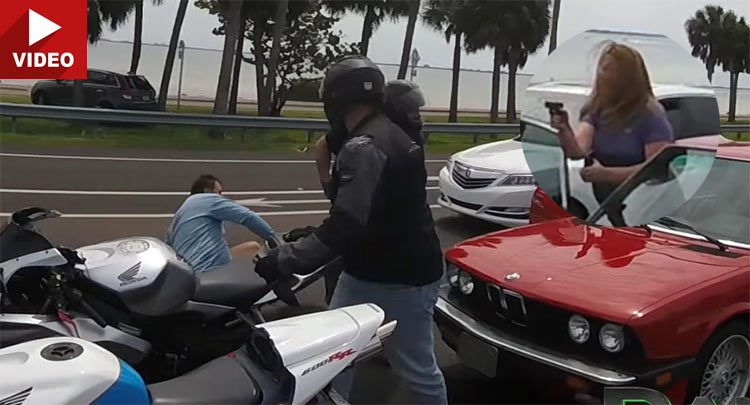 A rather disturbing road-rage incident took place in Florida when a group of motorcyclists and the passengers of an E28 BMW 5-Series confronted each other while traveling eastbound on the Courtney Campbell Causeway near Tampa.

We don’t know if there was a spat between the two parties before, but in the helmet camera footage shared on YouTube by a user who claims to not have been involved in any way, a little after the 30 second mark, the BMW driver seems to be purposely hogging both lanes, with one of the bikers then passing him on the right and punching his mirror.

When asked about the incident by WFLA, Pinellas Park Police Sgt. Mike Lynch said that both sides should have taken better decisions.

“After the first incident, that’s when you get on the phone. And that’s when you pick up that phone, you call 911,” Lynch said. “We’re looking at a woman who looks terrified for either a friend that was in the vehicle or a spouse of some sort maybe. We encourage the public to call about that type of reckless driving. It endangers all of us on the road, not just their own lives but everybody else that’s out there.”