This is Why You Should Never Give The Finger To A Truck Driver! 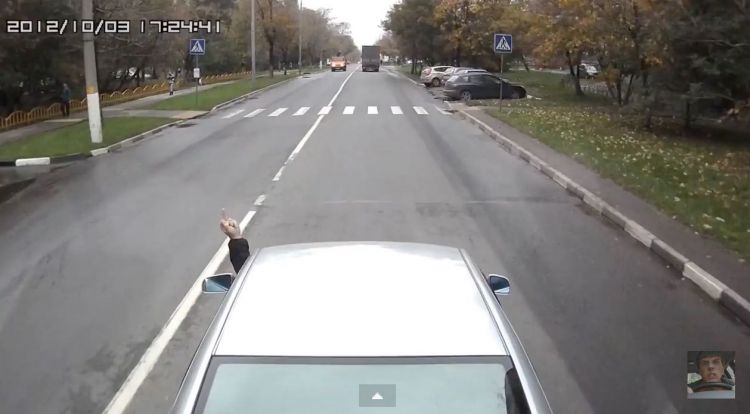 This Audi driver is quite high on the scale of disrespectful driving. The truck driver on the other hand does a small favor to him in teaching him some manners.

In the beginning it is obvious that the Audi is driving erratically honking swerving and trying to pass the truck in the middle of town with decent traffic and well sings that do not allow him to do that. However there is no discouraging him, he keeps trying until he gets it, and once he passes the truck he does something really dumb. He slams on the brakes with a big heavy vehicle behind him. The collision is avoided by the truck driver only by slamming on the brakes. He avoids two collisions like this and shows his anger by blowing the air horn until the Audi driver decides to stick his hand out of the window and give him the finger.

This instantly enrages the truck driver, and he deliberately slams into the back of the Audi to show him who’s bigger, and teach him not to give truck drivers the finger. I am pretty sure most of us wanted to do that at times but the only thing that stop us the thought of explaining it to the insurance company or a judge.