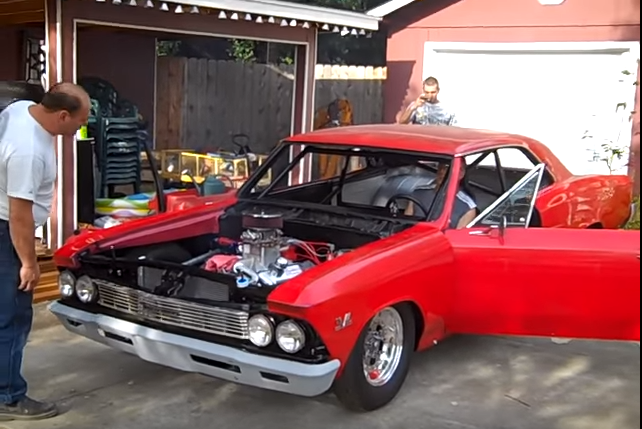 Today’s star of the show is a race car that is still in the process of being built and although it is far from finished, they decided to start it up and let us hear that beast roar.

Now according to the info this dragster is powered by a 498 cubic inch engine which has been produced by Archie Somers in Vancouver and it produces about 800 horsepower.

Now some say that with the visible setup that motor is no way near 800 horses and it is only pushing about 600 tops, but the owner says that the dyno result is 800 so we are not going to argue him.

The guy building it has been working on this project for about 2 years and apparently pretty soon he will be able to take it to the strip and perform the initial shakedown.

Check out the video hear this beast roar, and not to worry, the smoke that is emitting from the engine bay is only paint burning off.