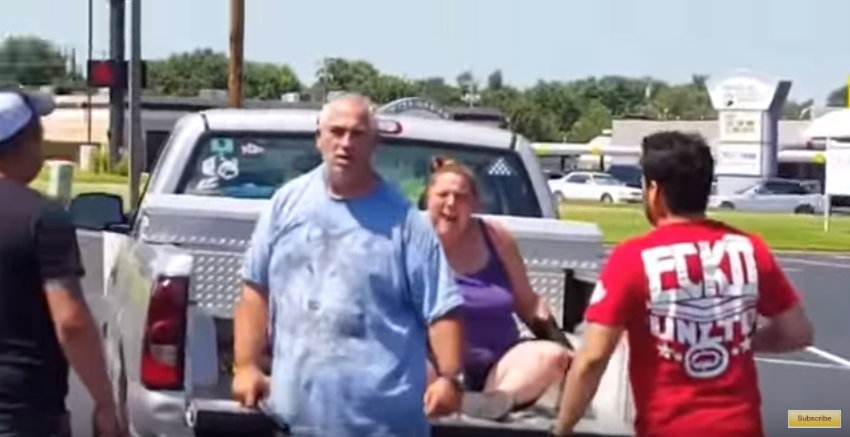 This shocking footage shows an unknown man beating his wife with a metal object on the back of his truck, with a group of men stepping in to stop him.

As they got closer to the scene, they saw the woman bleeding quite badly as her legs had been severely injured, no thanks to the metal object her coward husband used as a weapon.

The guys helped the injured woman get off the bed of the truck when the wife beater retreated in his truck, trying to escape, but he didn’t leave before taking himself a few punches in the head as the brave men tried to keep him on the scene until the arrival of the police.

The scumbag eventually fled the scene but if it weren’t for these guys, things could get pretty much uglier for the abused woman.