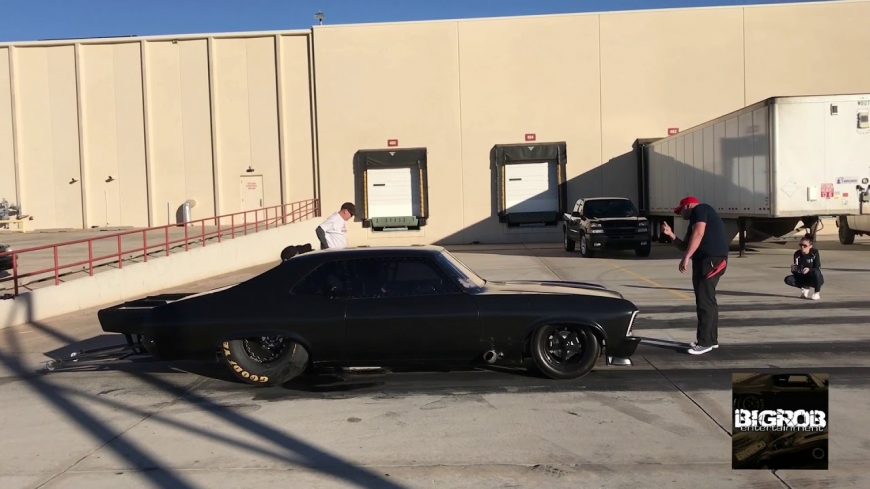 For the first time since the show first hit the airwaves, Street Outlaws star Shawn Ellington pulled himself and his trademark Murder Nova off the 405’s Top 10 list, making the tough call to remove the original car while he finishes up the new “Don’t call it 2.0” Murder Nova. While it was obviously a hard call to make, pulling himself off the list would allow him to focus on finishing the new car and taking his shot at the list from the bottom up when it’s completed and ready to roll.

As we all know, there’s a delay in real life and what we see unfolding on the show each week, so it should be no secret that the car has actually been ready to roll for a while. In fact, Shawn debuted the car back in August at Outlaw Armageddon in nearby Noble, Oklahoma. Of course, the track and the street are two different animals, so the car had to be tweaked a bit after Armageddon before they could put it on the street, and to make sure things were where they needed to be, Shawn, Chief and the rest of the Midwest Street Cars crew took the car out to do a little testing.

Instead of unloading the car on a street in the middle of the day, they decided to borrow a section of concrete in what looks to be an industrial park that is used for some other street racing-like activities, as evidenced by the black marks that were already in place.

Shawn heats up the slicks and makes on hit that doesn’t quite go as well as he’d hoped. They guys make some more tweaks on the chassis and line him up for another pass, and this one goes much better. The car leaves hard, planting the tires and riding the wheelie bars for quite a way before Ellington has to lift due to space constraints.

These passes should have given them some great data to help fine-tune the car’s tuneup and get it ready to return Shawn to the list once again.