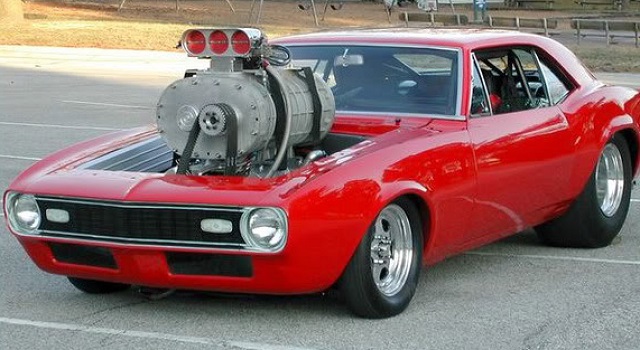 If you’ve ever seen a supercharged old school Chevrolet Camaro, you might’ve thought that it was a particularly killer ride, but this one that is a part of one of the most bootlegged car videos on the internet will probably blow every other supercharged Camaro out of the water.

Instead of just your conventional supercharger, this big boy is believed to have come off of the likes of a freight train and it looks quite ridiculous. Before the car’s ridiculous new blower, it still managed to draw its fair share of attention as it popped wheelies so hard that it managed to break a wheelie bar!

This monster has yet to see the drag strip on the current setup with the massive supercharger as of this video’s original release, but we would imagine that the results have the potential to be pretty insane or catastrophic… possibly a mixture of both.

Check out the video below that shows how insane this setup really is. We’re not exactly sure that this is practical or efficient in the real world or the world of racing, but this iconic Urban Hillbilly Action Videos featurette star sure does look cool!