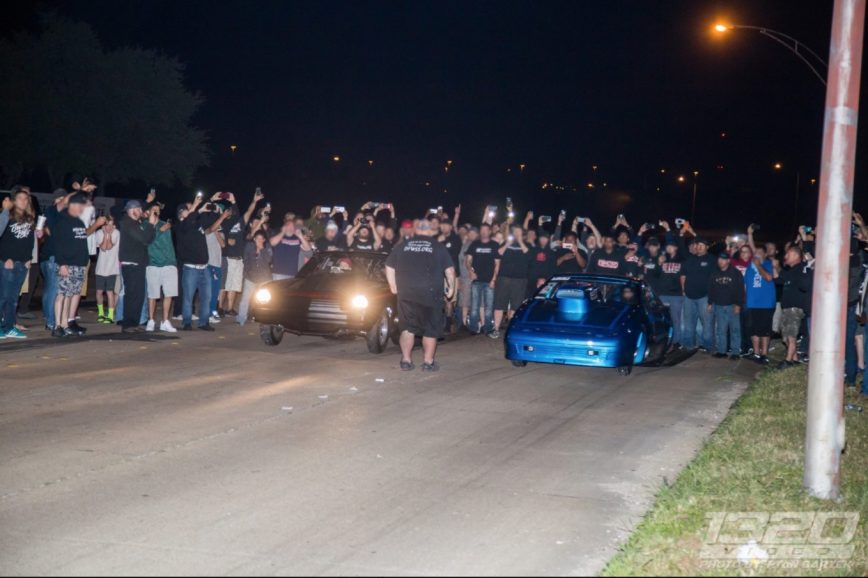 This crazy race between the Bird Boyz vs Black Bird Vega (for $15 000) does not go as was planned. They have decided to race opposite way on the new concrete.

The Crazy Procharged Vega and the PROBE with Nitrous BIG Block under the hood made some serious fast pass but the police appeared out of nowhere!
There was a blocked traffic on the finish line and these racers went straight in to the trap and this race did not went like these 2 drivers want.

One thing is for sure…this was much better than all the episodes of Street Outlaws I have ever seen.

I just don’t know why they blurred the faces of Jerry and Shane on the video, like no one has ever watched Street Outlaws …

If you like the video please share it with your friend and tell us what do you think in the comments section below.