Shocking video: drunk mother from UK crashes her car while her one-year-old toddler son was in the back seat! 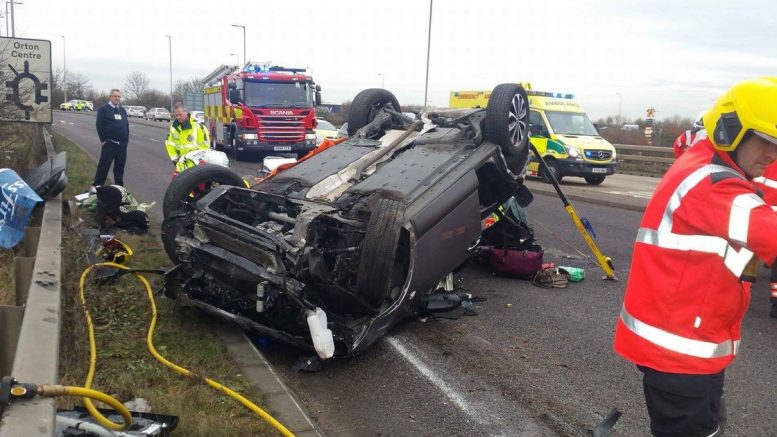 Their irresponsibility and disregard for their won life and lives around them, environment too, has led to countless injuries and crashes, often with a fatal outcome. However, this time it is truly shocking for everyone that heard of this latest accident or better yet, incident.A mother, driving while intoxicated, violently crashed her car while her one-year-old son was at the back seat of her car! It goes without saying that she faced a serious backlash from everyone for her irresponsible and destructive behavior which could have cost them their life, but luckily for everyone, there were no deaths in this accident.Tania Chikwature, a 32-year-old drunk mother and the driver of the crashed car, was condemned to a six-month prison sentence for drunken driving charges, after she pleaded guilty.There was also a witness to the crash, a truck driver Richard Jones, who explained that the woman’s car literally catapulted up into the air after the impact and clipped a part of the tree before it landed on its roof. Once again, it is just pure luck that they both survived!