Russian Politician Attacks Biker, Gets His Arse Kicked And Sees His Lexus Drive Away In Shame! 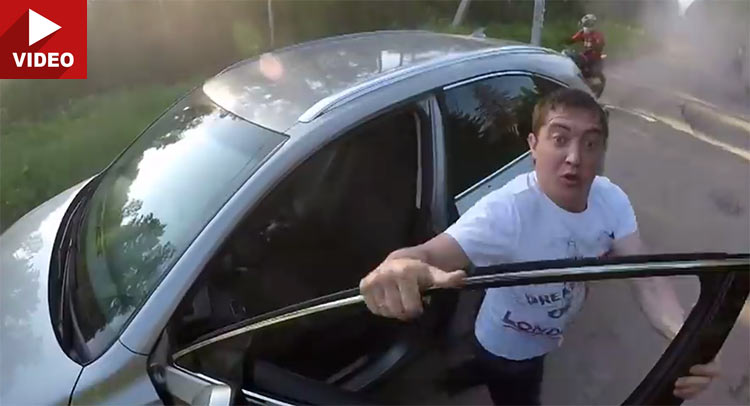 It all started when the biker who was wearing a helmet camera – a necessary accessory these days, it seems, slowly made a left turn on a dirt road while a Lexus NX was approaching. Perhaps he could have waited until the SUV crossed through, but he wasn’t speeding and he kept close to the shoulder leaving plenty of room for the NX.

Most normal – sane drivers wouldn’t even bother with a response, but not this ‘angry little bird’ who jumped out of his Lexus and took the motorcyclist by surprise punching him in the face and knocking him over his bike. This fella was so out of his mind that he didn’t even notice that his Lexus NX took off by itself –  one could argue that it couldn’t deal with the shame anymore…

After receiving a few more cowardly punches, the biker had enough and put the angry man in his place – down on the ground.

What makes this story even more unusual/intriguing/(insert whatever you please here) is that, according to YouTube and various Russian forum commentators, the Lexus driver in question is claimed to be Bolshedanov Alexei , a member and candidate for the Moscow elections under ‘United Russia’, the country’s current ruling political party chaired by Dmitry Medvedev.