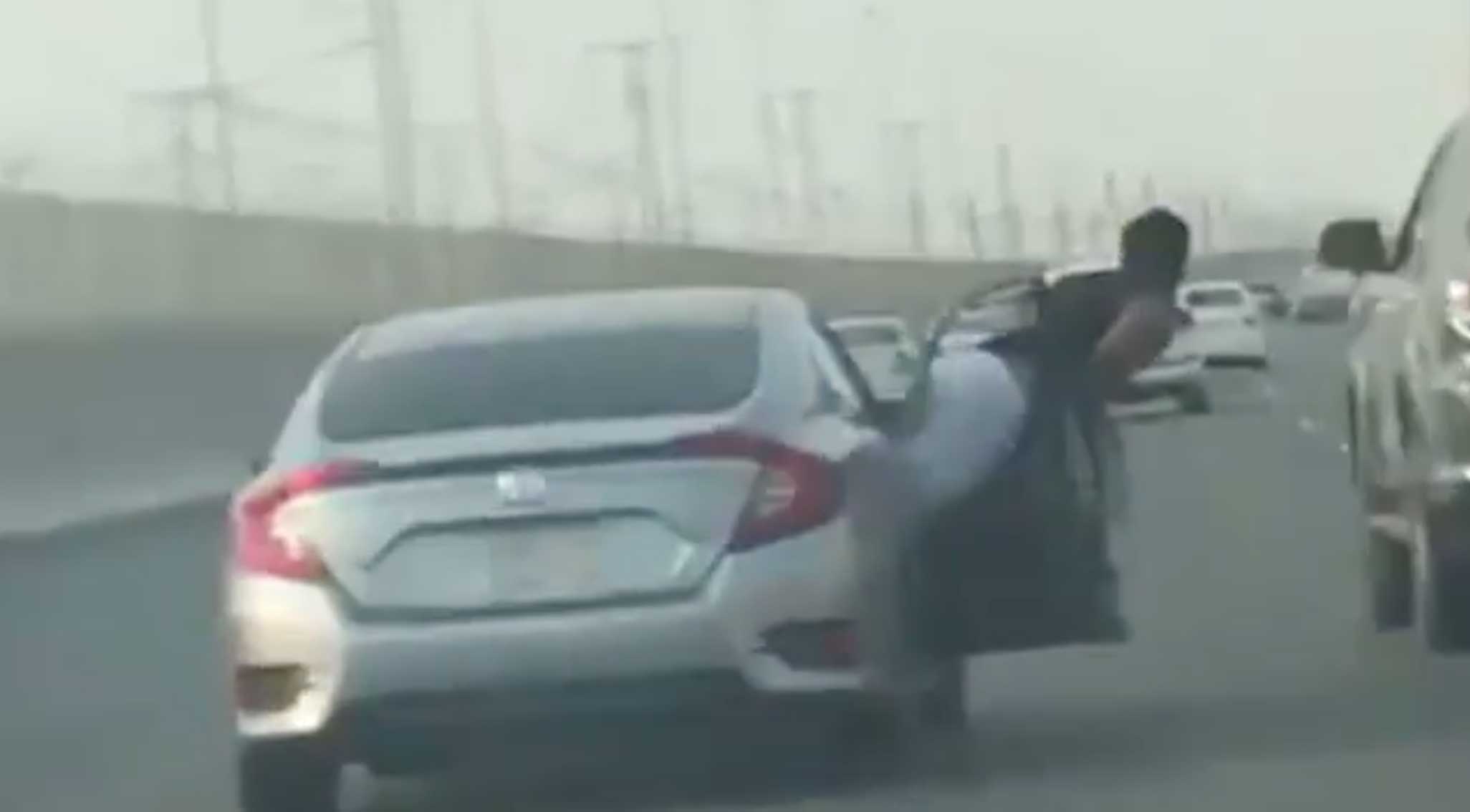 If you want to be productive, road rage most certainly is not the way to get there, no matter what the situation is. While, in the heat of the moment, being a complete rage-o-haulic it might seem like the right idea, when you look back on it, you will probably end up feeling pretty stupid for thinking that way in the first place. This time, we catch up with exactly why you don’t want to have an outrageous reaction to a simple undertaking. This guy really took things to a new level and lived to pay for it, really feeling the pain in more ways than one.

You see, in order to make his presence felt, it just so turned out that this man decided that hanging out of the window and trying to hit another car in traffic with his fists would somehow further his position. I’m not really sure what his intention was here. What do you expect to come of all of this? In a best-case scenario, I would see his fist hurting and possibly him breaking some bones un the process, however, it ended up being about a worst-case scenario as something much more severe and humbling would unfold instead.

In this one, we watch as it all unfolds, when the aforementioned acts are carried out, when all of a sudden, the door swings open and leaves this guy flying out of the side of the car and being left to tumble along the ground as the moving car chucked the road raging person to the hard surface below. This is one that he’s going to be feeling in the morning and the video that came about, as a result, is probably going to be the subject of taunting for quite some time! This is one that he probably won’t be trying out again anytime soon!