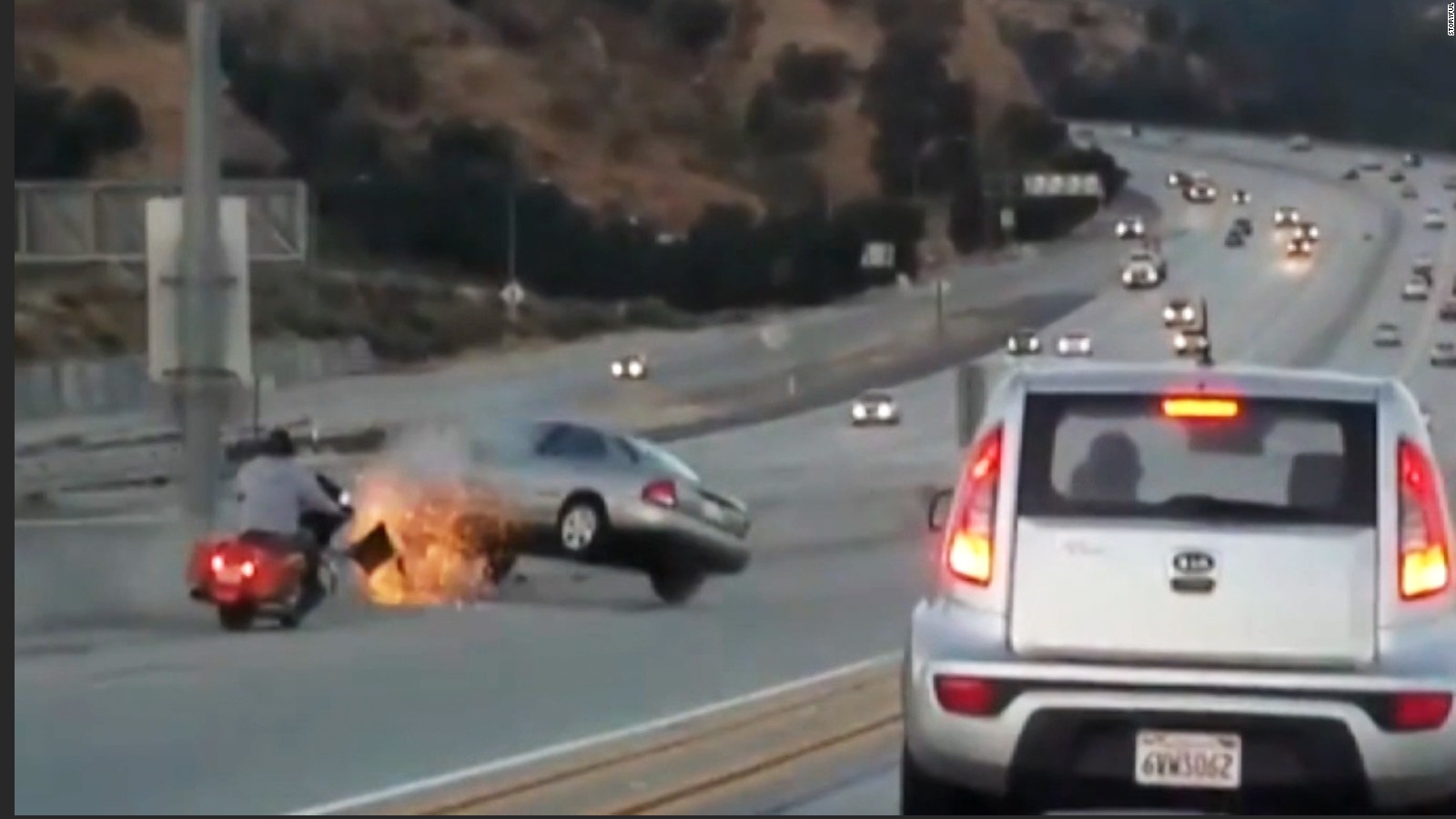 “Words went back and forth,” said Traber. The video picks up with the biker getting alongside the car and kicking the door, which is when the car veered left, swerved and eventually crashed into the concrete divider.

As if that wasn’t bad enough, the sedan then made contact with a white Escalade EXT, flipping the large utility vehicle over as if somebody was shooting a scene for a Michael Bay movie. The motorcyclist drove past the collision and didn’t stop, which is why officials are investigating this road rage incident as a possible hit and run as well.

“Obviously it was a road rage incident. He was kicking the vehicle. We have to get a statement, see what’s going on,” stated CHP officer Josh Greengard.

According to the California Highway Patrol, the man in the truck was sent to the hospital, though is expected to fully recover from the accident.