Sometimes, when you roll out of the car show with a couple of buddies or even when you happen to run into another car that happens to be out on the street, you simply can’t help but resist the urge, the one that tingles down your spine and tells you to do a little bit of racing. 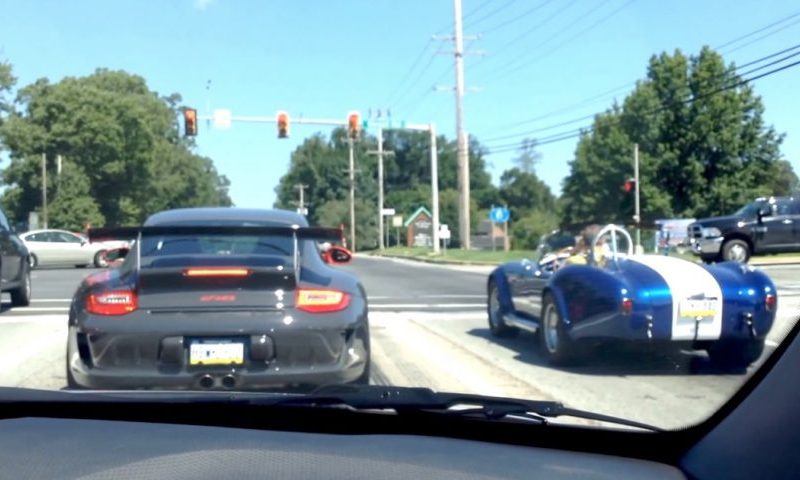 Sure, it might not be anything serious and might just be a couple of quick blips to the throttle but there’s something about putting two cars head-to-head that really taps into your adrenaline and twists the faucet, making it flow out like water. 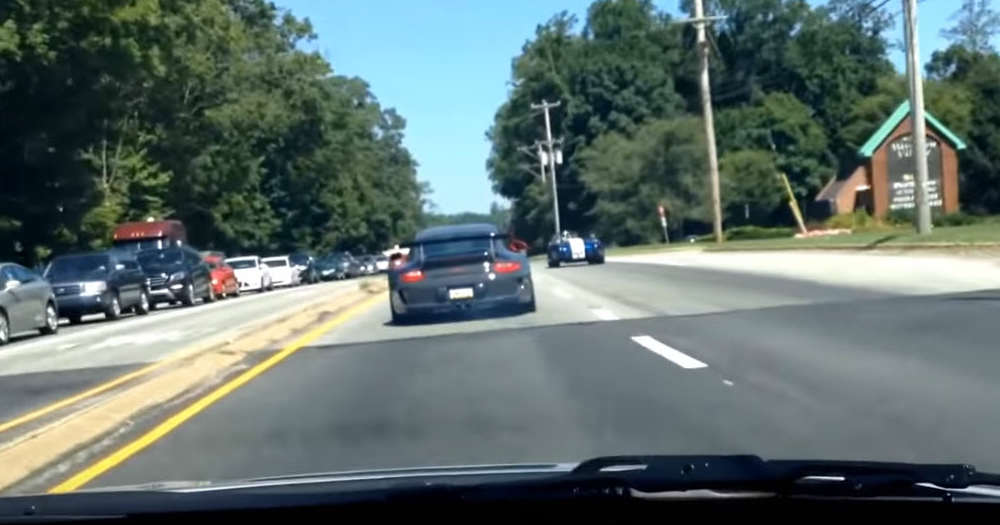 This time, we follow along with the action as a Porsche GT3 meets up with an AC Cobra at a red light and the person behind them pulled out their phone because they knew exactly what was about to come at them. They both revved their engines at one another, ready to blast off of that line when the light turned from red to green and when it finally dropped, both of them left in unison.

Well, they both tried leaving unison, but the clutch in the Porsche ended up going up in more smoke than the driver had anticipated and therefore, the car didn’t have as much power as he had originally anticipated.