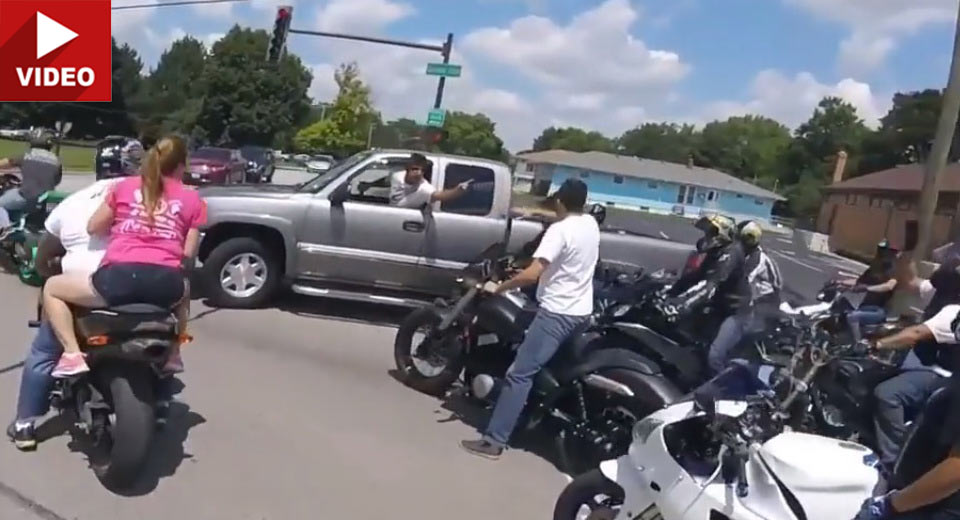 This video footage shows a pickup truck driver charging into a large group of riders in Chicago in what seems like another road rage incident.

The Chicago United Riders motorcycle club gathered for a formation run towards Aurora, Chicago when Joe Hernadez, driver of a grey GMC Sierra pickup truck charged into the bike formation.

We are not really sure what happened as the motorcycle club claims that instead of Hernadez getting out of the riders’ way, he was antagonizing them, putting at risk everyone at the road.

Hernadez, on the other hand, says that he was the victim of the incident, after a biker kicked his truck and he tried to catch up with him. The 44-year old also said that he was trying to flee the scene out of fear of injury, and that’s why he drove over a motorcycle, inches away from multiple riders that got off their bikes.