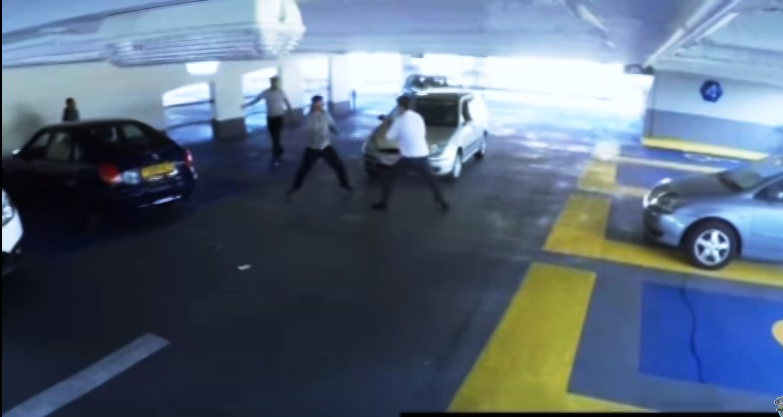 It seems that people are either extremely excited about this upcoming Mayweather vs. McGregor fight, or things simply got taken way too far following this crash.

We’ll go with the latter, since all evidence points to this being a spur of the moment type of conflict. Unless it was staged, all we know is that one driver was backing up out of his parking spot, while another car was driving past.

Legally, the driver who was backing up should have made sure the coast was clear before maneuvering out of the spot, although neither driver appeared to be very aware of their surroundings.

The whole thing escalated once the driver of the dark hatchback smacked the phone out of the hand of the other driver, who was trying to take a picture of the license plate.

The two motorists flew like butterflies for a few brief moments, before one of them appears to land a punch directly in the other guy’s face, sending him to the ground.

In boxing circles, that’s what’s called having a glass jaw or chin. Good thing the incident was captured on camera, for legal purposes.