Never Give the Finger to a trucker ! INSTANT KARMA ! 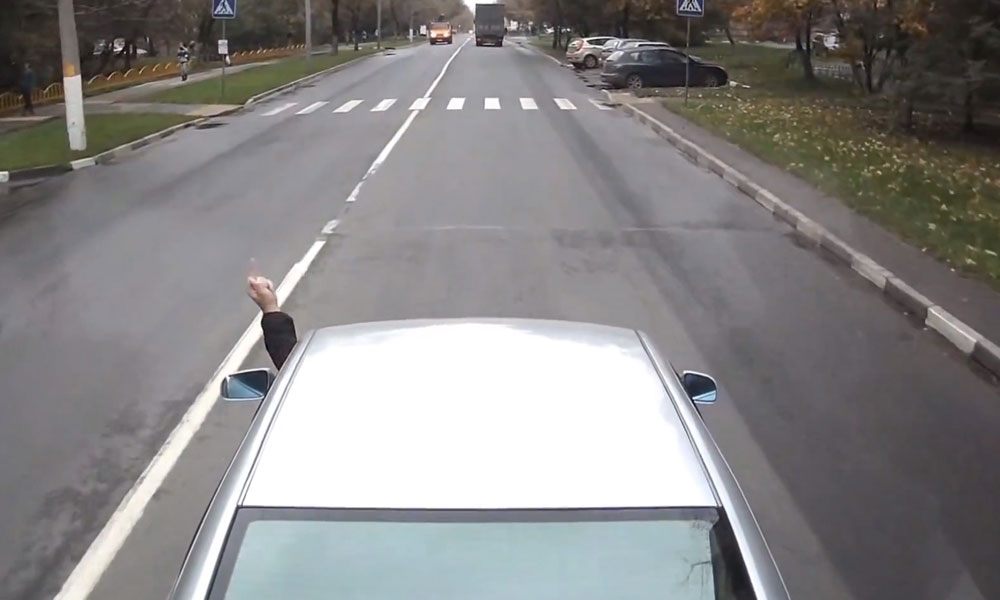 From what I can see the Audi driving is honking his horn around the 4 second mark in the video.

The truck driver laughs at this and rightfully so.

The trucks seem to be driving at the correct speed for the type of road they are on though.

The Audi guy is therefore probably in a rush and driving too aggressively which is shown as he swerves in front of the truck.That was bad enough but then he deliberately slows down to block the truck.

This is childish behaviour and fairly dangerous too.The Audi driver is wrong here.

However, even though a truck takes a longer time to stop, the speed was low enough that the truck driver could have stopped in time.He deliberately smashed the guys car.

I would be interested to see how a court would deal with this one.

Both guys acted like d**ks in my opinion, the Audi driver making the initial illegal move i.e.