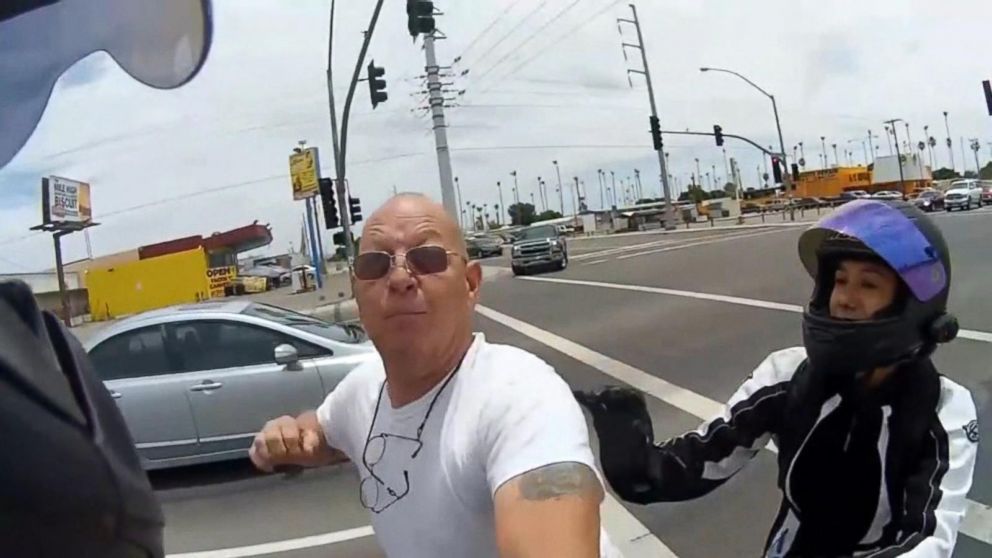 The man from Yuma who threw a punch at the motorcyclist and then pushed his girlfriend near a busy intersection on Saturday could face a possible penalty incident.According to the police in Yuma, the alleged attack, which is still under investigation, occurred in the 2300 block of South Pacific Avenue.

Police said disturbance was later determined to be over the previous incident of traffic between the driver of a silver 1999 Honda Accord and the driver of the orange 2009 Yamaha motorcycle.

Initial investigation showed that the driver of the Honda Accord, identified as 51-year-old Lee Schismenos, get out of his car and hit the motorcycle driver, 24-year-old man, and then pushed the motorcycle passenger, a 21 year old girl.The incident of apparent road rage started when the driver of the bike cut of Schismenos on Pacific Avenue. A Go-Pro camera attached to a bike helmet captured what happened next.

In the video, very angry Schismenos, after stopping at a red light at the intersection, you can see him getting out from his car and went to the motorcyclist, then hitting him in the chest or the head. Also pushes the other passenger but the motorcyclist quickly nailed him to the ground and hold him while waiting for police to arrive.