MOPAR Power on The Streets of LEBANON! ’71 Challenger Vs ’73 Challenger Drag Battle! 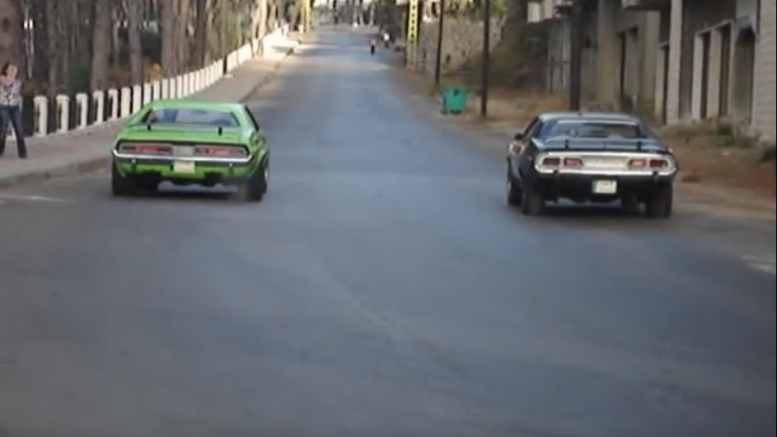 Those of you who are following the world muscle and sports car scene are probably familiar that Lebanon is one of the Middle East countries in which people are crazy about muscle cars and love drag racing. So after a long time, here we have one short, but very appealing drag race video that is coming directly from the streets of Lebanon, as we are about to see something that will put a big smile to the face of every Mopar fan out there. Two great Dodge specimens, 1971 Dodge Challenger and 1973 Dodge Challenger facing off each other in a street drag challenge.

I do not have to tell you that we really do not approve something like this, racing on the streets where there is a high possibility of pedestrians that may appear at any given moment, but I guess there are people everywhere in the world, who do not really care about it so much. Well, there are causes and there are consequences, but right now, we will concentrate on the most important things for us, those two great generations of the Dodge Challenger.

As above mentioned, it is a very short video, in which we only have a chance to see the cars preparing for the race and launching and accelerating, the outcome is unknown. But, regardless of the fact that the video is actually not complete, it is a real pleasure to see great Mopar examples somewhere on the other side of the globe. So check it out.