Mom Drowning In Crumpled Car, Sees Who’s Watching Her From The Window 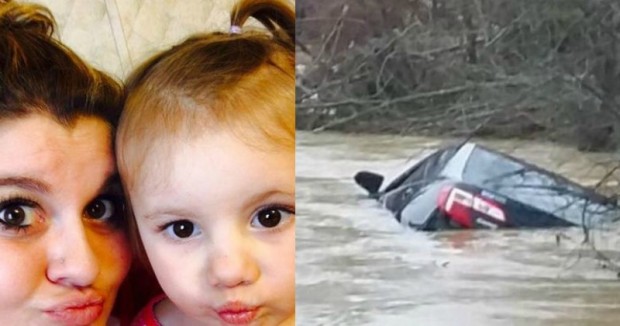 Kristy Irby was traveling down a rural Mississippi road with her toddler in the backseat when her car flew off the road and plunged into the nearby creek. As they sank into the cold water, she desperately tried to break free, but everything was locked down. That’s when she looked at the window and immediately got chills down her spine.

The Pelahatchie mother said a deer had come in her path, and her initial reaction was to swerve to avoid it. At her rate of speed, this little move caused her to fly off the road, landing in the water. As her car was being pulled under and into the current, she lunged to the back and got her child out the seat, before trying to roll down the windows and escape. The windows wouldn’t budge because the electrical power to them went out, the Clarion-Ledger reported.

With everything locked down tight and no way out, Kristy began to pray. Seconds before saying “amen,” the windows of her car began rolling down on their own. God was watching over her and gave her a way out through miraculous means of which only He is capable, but His work wasn’t done yet. As water rushed in the car, Kristy and her toddler still struggled to get out. Kristy started screaming, but then she saw “Shane,” according to WAPT. 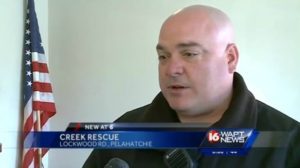 “I was just screaming for help. It seemed like it was forever, and then I saw Shane,” Kristy said. Officer Shane Gibson arrived to her rescue right in time, and he was the second answer to the mother’s urgent prayer. The officer ran into the fast-moving water, risking his own life to save these strangers, who were now pinned under a fallen down tree and their car.

“I could still hear them screaming and I was like, ‘Gosh, I don’t know how I’m going to get them out of this car,’” Gibson said. The rescue was tricky. With the obstacles in his way and the water pulling him in a different direction, grabbing them was a challenge. If he made one wrong move, they would all wash downstream.

With the power of God and answered prayer on their side, Gibson was able to successfully pull the mother and child out of the water. Through the whole ordeal of a crashed car and a water rescue, not a single scratch was found on anyone involved, which only adds to this miracle.