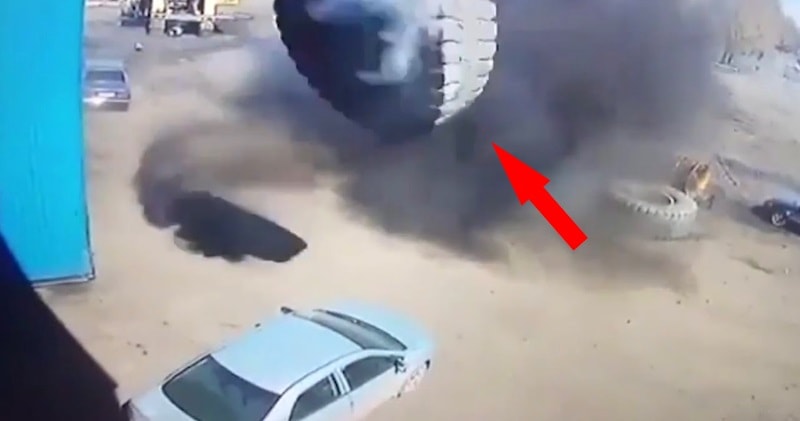 This video comes at you from the scene of a mining site, not particularly a part of the site that would appear to be especially dangerous, however, at a moment’s notice, a nearby tire that isn’t on a truck or attached to any machinery finds a way to explode out of the blue! Not only does the rubber erupt, but it ends up sending the entire wheel up into the air for several seconds before it comes back down hard, finding a way to a nearby car and completely crushing it. Thankfully, it doesn’t look like anybody was in the vehicle or close enough to the situation to get injured but if they were, that would have most certainly caused some serious damage.

Follow along in the video below that shows you the stuff that freak accidents are made of. This almost looks like a scenario that would happen in a Final Destination movie. It isn’t exactly clear why this tire seems to randomly erupt out of nowhere but maybe after you check out the video for yourself, you may be able to decipher exactly how this obscure release of pressure that led to a dangerous projectile managed to happen.