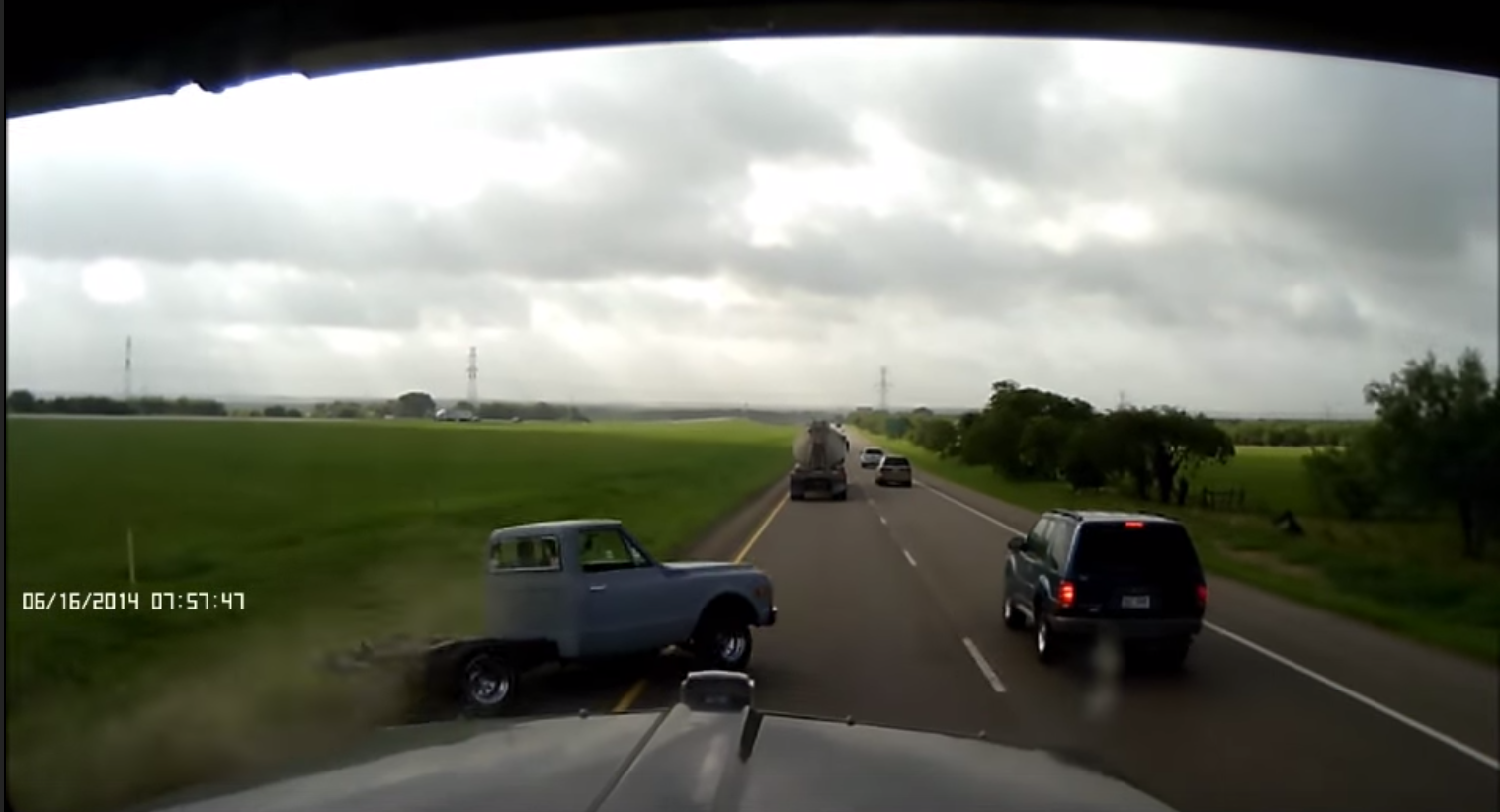 Here we have an onboard video from a driver of a Peterbilt semi-truck. The video starts as slow as a normal semi-truck leaves the red light and starts to accelerate as best as a semi can. After a few hundred yards the three lanes merge into two and we see the worst possible merging attempt by a kid in a Chevy truck.

He was trying to get in front of the truck before the third lane disappeared but he was way too late, and paid the price for his impatience. According to the truck driver the kid was a 17 year old that purchased the truck half an hour earlier, so in a way that might be a record itself.

The only good thing about the video is that the SUV that he crashed into did not roll and cause more injuries and more damage. When it comes to damage it’s kind of funny that there is not a scratch on the front of that Chevy.

Check out the video and remember, patience is a virtue.