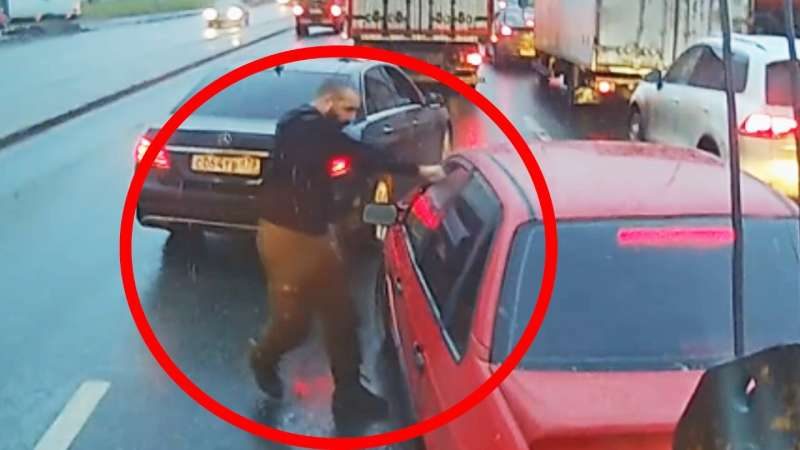 Being cut in while cruising down the highway is a common sight, and while most motorists would honk a couple of times and move on, some decide to deal with it in a more violent manner.

In this case, a Mercedes-Benz driver was very angry with whomever was at the helm of the old Volkswagen Passat.

The man was captured on dashcam blocking the red sedan, walking over and pepper spraying the other driver through the partially open window, before moving back to his car to take off. As for the Passat driver, he/she failed to react, and probably faced the spray head-on.

Now, is road rage getting out of control or is it just that, with the advent of dashcams we get to actually see those incidents?