Which is the more amazing feat: Switzerland’s Francois Gissy leaving a Ferrari 430 Scuderia sitting still at the dragstrip as he recorded 3.1gs of inline acceleration on his way to a top speed of 207 mph, or that he did this on a BICYCLE? That bicycle, incidentally, was equipped with a rocket engine supplying 4.2 kN (944 pounds) of thrust. 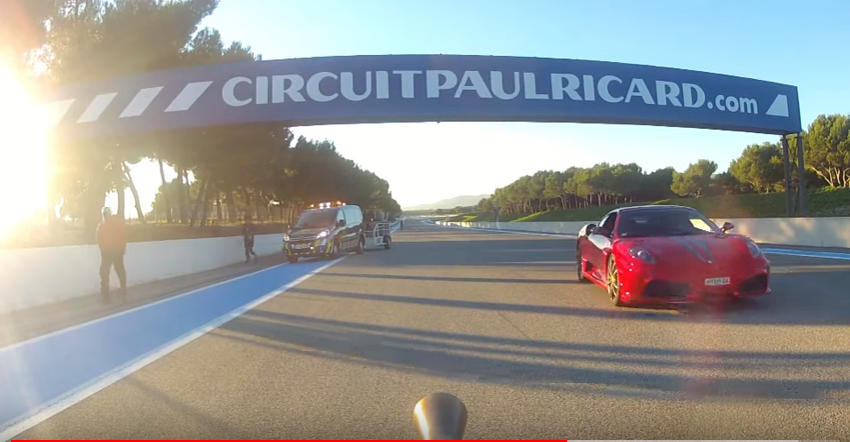 Gissy hit that 207-mph mark in just 4.8 seconds, at the 300-meter mark of the run. His quarter-mile time was a scant 6.8 seconds. If he has his way, Gissy could turn the 23-day Tour de France into a friendly afternoon of rocket-propelled insanity. Note that the actual record run was solo. The face-off against the Ferrari appeared to be for giggles. It was still the most comprehensive ass-kicking ever !!!