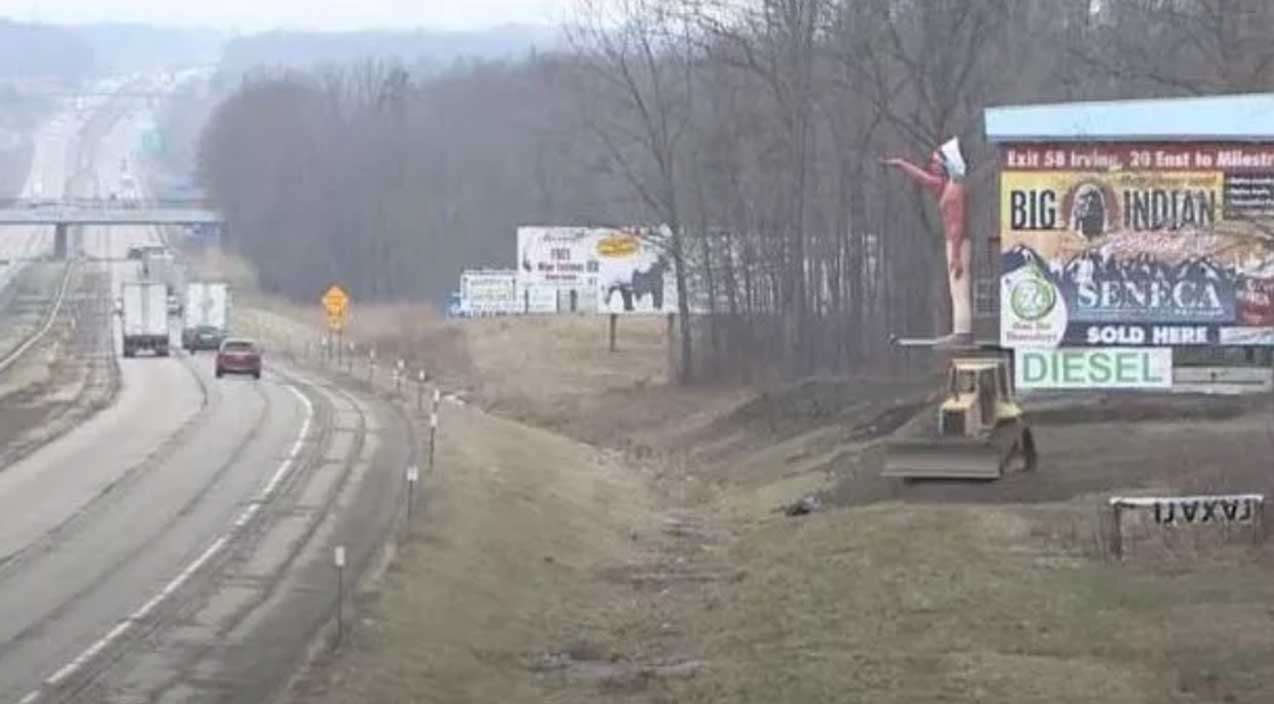 When Eric White, the owner of the Big Indian Smoke Shop, wanted to get more traffic to his business, instead of pulling out more advertising or getting a more flamboyant sign, he instead decided that he was going to create his very own offramp from the highway straight to his front door. WRAL is reporting that it goes a bit deeper than that as they say he’s also “building the ramp as part of a personal protest after losing a legal battle with the state over allegedly selling untaxed cigarettes.” His lawyer says that “Mr. White believes that there is no valid easement that the thruway has over sovereign territory” and therefore, believes that he’s within his right to build as he pleases.

As of now, it seems that there is no real end to this predicament in sight and it has everybody wondering what will ever come of this. It seems like there is a positive reaction within the community as they claim that the off-ramp makes it a lot easier to access the business, however, you could see how something like this would create a pretty poor precedent for future construction operations in terms of going by the rulebook and how it also could be a safety concern. What do you think of this business owner’s decision to become a rogue construction connoisseur?