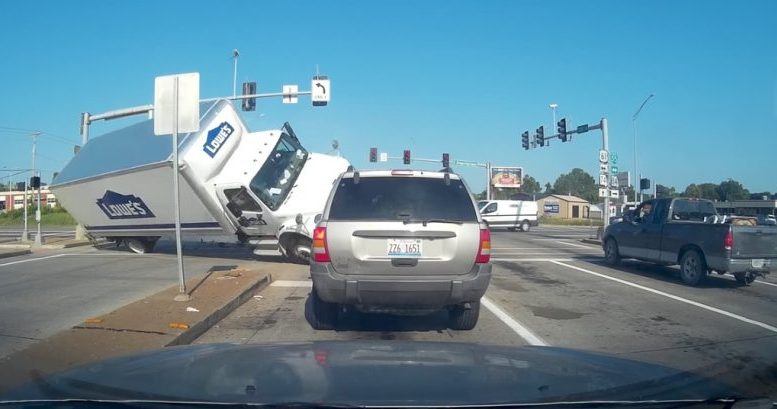 We watch as the truck driver makes his way through a red light and a person going across its path in traffic just so happens to T-bone the large machine. The next thing you know, the truck is flipping over on its side and sliding across the intersection, taking out a vehicle at the red light on the other side of the intersection before coming to a halt right before it nearly takes out the camera car as well. I’m sure that none of this was expected but it most certainly did create quite the scene as these drivers were put on the spot!

Check out the video below that showcases the incident as it unfolds. From what the person who uploaded the footage told us, a couple of drivers were taken to the hospital to be treated but their injuries didn’t appear to be all that severe considering what just happened.

After checking out the footage for yourself, give us your breakdown on what you think happened here. It looks like complacency really got the best of someone and a small lapse ended up spiraling out of control to the point where became something much bigger than it originally seemed.