LISTEN AS A SCREAMING GRAND NATIONAL GETS IN ON ADRENALINE PUMPING GENDER REVEAL!

Through the power of the internet, we have seen baby gender reveals take on a variety of different theatrics. In these videos, the parents-to-be are in the dark, most of the time, and hand their friends or, potentially someone who could create some sort of surprise, a sealed envelope with the gender of the baby inside. Afterward, they might have a party or small get together with that surprise that lets everybody in on exactly what gender the baby is going to be, coming up with a creative way to announce the gender of the child to the world. It’s truly an exciting time for these families. 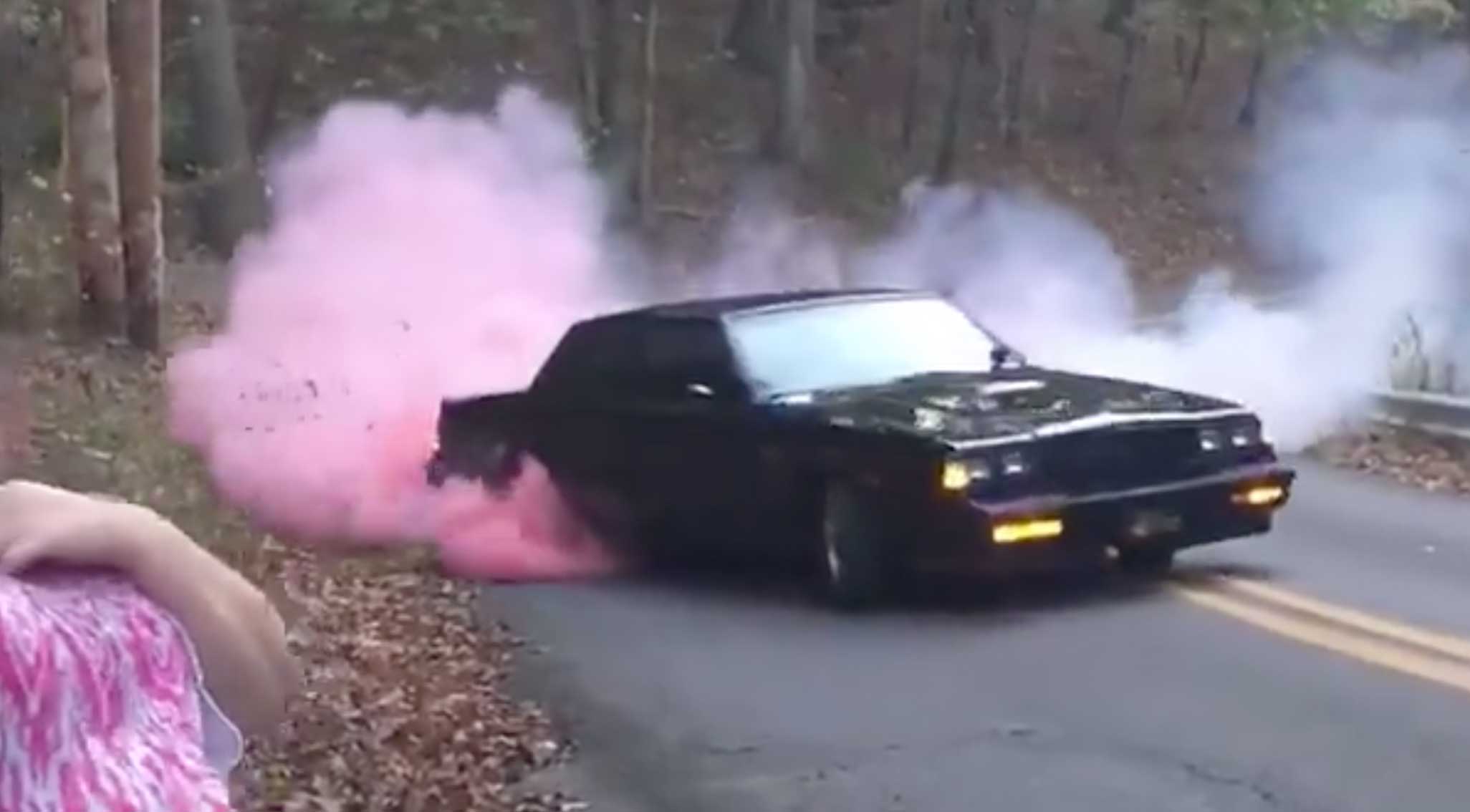 In this one, we get the opportunity to follow along with yet another gender reveal that allows a screaming Buick Grand National to get in on the action. In fact, this might be one of the most adrenaline pumping gender reveals that we have seen to date. You see, the idea was to have the old school V6 powered turbo machine strapped up with a set of tires that would either release blue or pink smoke into the air depending on what the gender of the child would be. When it came time to get to it, that powerful little Buick would roast the rear tires, unleashing smoke to let everybody in on the secret that only a select few had known up until now.

Follow along in the video below that shows off the situation that brings this baby’s gender to life. If you are a motor head, I wouldn’t be able to think of too many better ways that would allow you to let all your friends and family in on the secret that’s behind this unborn child. After checking this gender reveal out for yourself, be sure to tell us if this is something that you could see yourself doing when it comes time to reveal such information to the world. If you were to have a gender reveal tomorrow, how would you set it all up?