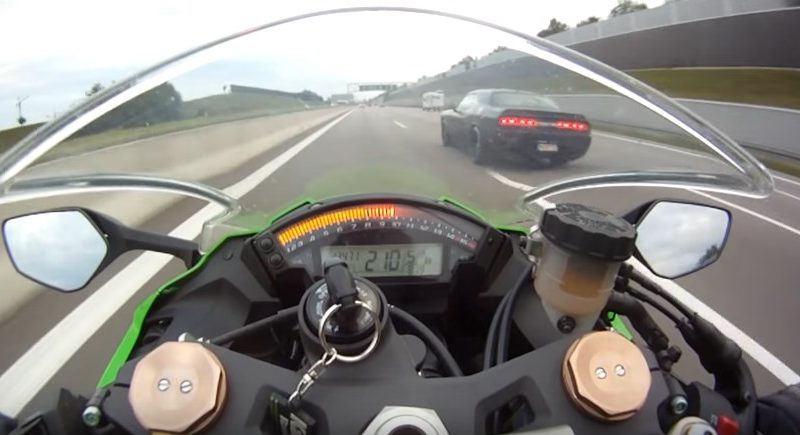 In this video, we have something very special for all of you speed junkies. This one comes from Germany and it`s an insane race from the legendary autobahn. If there is something we lack in America alongside freedom and cheeseburgers, it`s probably a crazy road like the aforementioned Autobahn. It`s a place where we can unleash all of the power lurking in our American iron! However, at least we can enjoy videos from this insane road. In this one, we can see an incredible race between a Kawasaki ZX10R bike and a 670HP Dodge Challenger. The video is recorded from an onboard camera on the ZX10R. 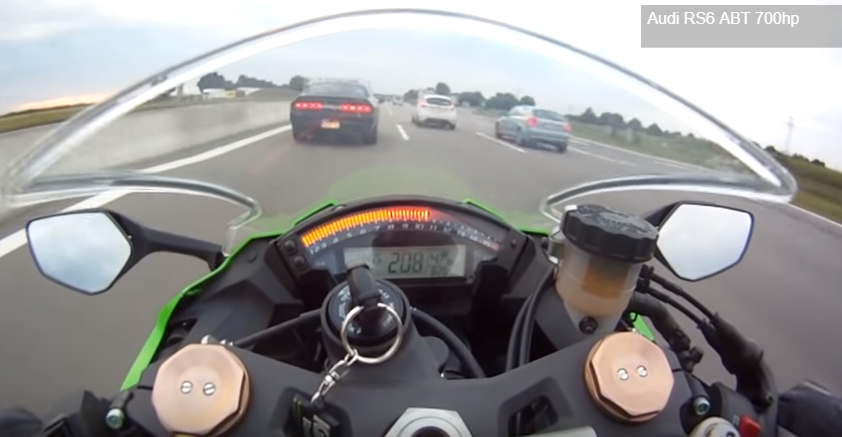 This biker might not be as famous as MaxWrist, however, he is just as insane. As we said, the Autobahn is perfect for these kind of exhibitions. Some parts are unrestricted which means that you can ride as fast as you wish. The speed both of these guys reach is quite amazing, almost 180mph! However, you may go as fast as you wish on the Autobahn, but racing is still illegal. That`s why we don`t condone such activities. On this biker`s YouTube channel, you can discover various videos of awesome races between his 180+HP Kawasaki ZX10R bike and many insane cars such as Porsche Carrera 4S, Ariel Atom and many more.