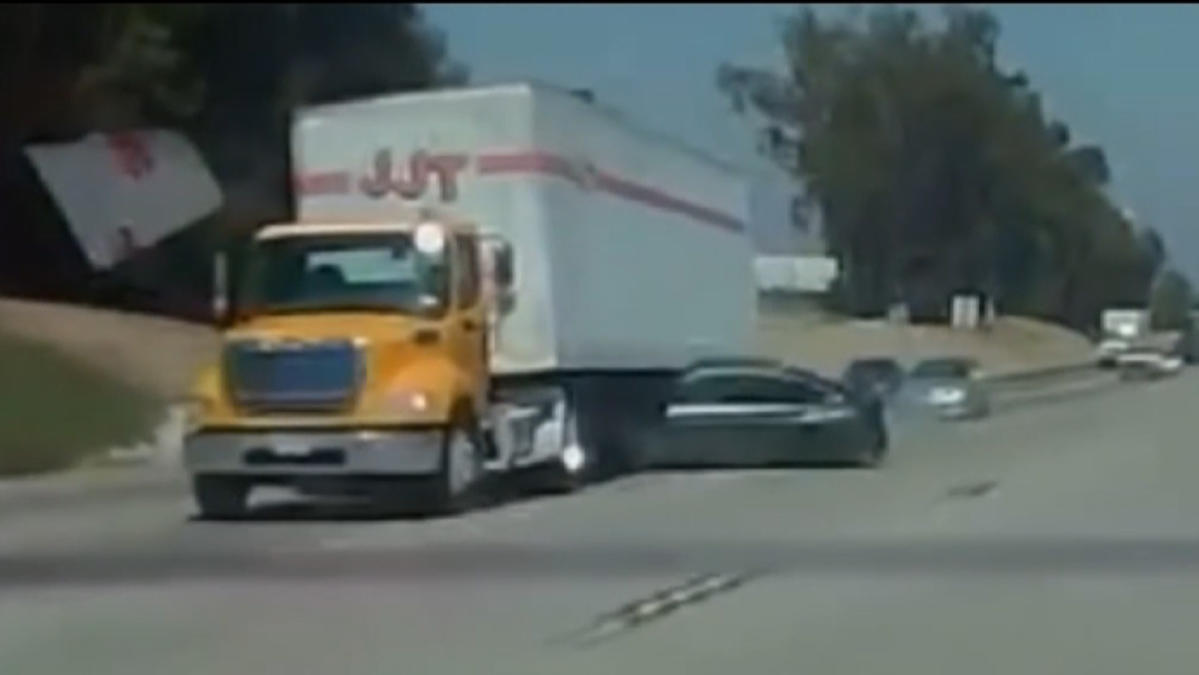 A situation like this is enough to make you furious as the driver simply appears to care about nobody other than himself out on the roadways as he swerves in and out of traffic, blasting his way into another car which he collides with. Afterward, the car that received the brunt of the collision is forced to go sideways and gets wedged underneath of a tractor trailer. That really isn’t anything that these drivers had expected when they left on their commute that morning. It really leads you to wonder why this driver was in so much of a hurry that they conducted such a hit-and-run, putting peoples’ lives in danger before fading into the distance.

Thankfully, for the parties involved, the entire thing was captured on camera so the insurance company will be able to see whose fault it really was. There’s no word as to if the driver who caused all this havoc has been tracked down or not but hopefully, they managed to find him and put the responsibility on the driver’s shoulders that said driver so deserves. There’s a lot of crummy things that you can do, but after causing an accident like this, running away is nothing short of cowardly.