Impatient Car Driver Tries To Pass Semi. Then He Realizes Why It Slowed Down 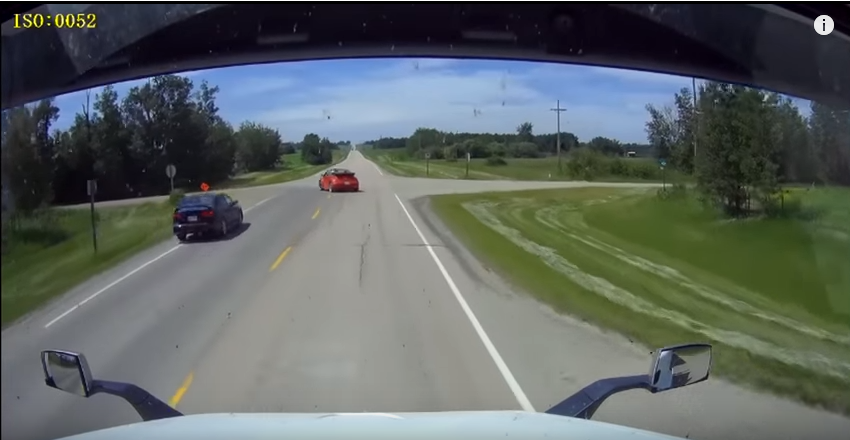 The trucker caught this on his dash cam.

A trucker’s dash cam captured a collision on video involving an impatient car driver that tried to blindly pass the truck as it slowed down at an intersection.

Te truck slows down to allow the car to make a left turn, when an impatient driver in a dark-colored sedan speeds up from behind and recklessly attempts to pass the semi on the left.

The dark sedan crashes into the red car as it was making the left turn and both vehicles spin off of the roadway.

Both cars appeared to be in bad shape after the crash. The driver of the dark-colored car can be seen running towards the other vehicle as the semi truck slows to a stop.

The truck driver was unhurt and the man who got out of the dark sedan seemed to be okay, but the status of the other driver is not known.