Guardian Angel saves a man who was crushed by 10,000lbs Truck Axle 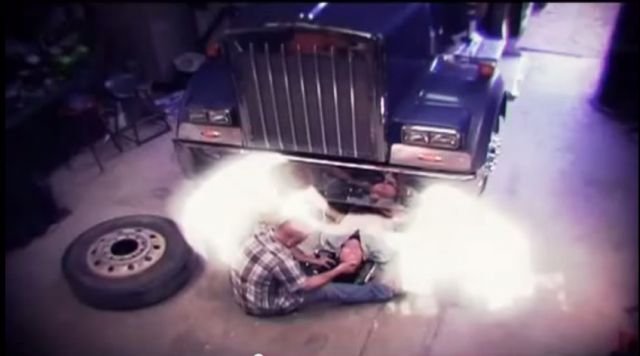 MECHANIC for DEISEL. This job helped him to live the dream OF POWER AND TRUCK and support his wife and four CHILDREN. He didn’t had second thought for the dangers of working on engines that weigh thousands of pounds until November 16, 2006.He was working in a logging truck of PETER BUILT an hour of his house. The driver of the truck asked him if he would like to take a look to test and diagnose some leaks before leaving the work place. So try to imagine one of these big trucks, he slid under the front bumper with his legs first. He had the front axle jacket up in the air and the PASSENGERS WHEEL removed. AXLE is going across his chest at this point. As soon as Bruce slipped under the truck with capacity of 20 tons, JACK tow truck shot out of his position. This 10000, 12000 pounds of weight in these two front wheel on this axle were across his mid section and crushed him in half. There was less than an inch of air space between the bottom of the axle and the cement. The Truck driver jacket up the truck of him. He did not want because Bruce had a broken back.Vertebrae in the back were cracked. Bruce is saying that the pain was more incredible than we can imagine. He never felt such a pain like that before. The he called Lord, help me. he called twice, Lord, help me. IMMEDIATELY whole body pain left Bruce. At that point he was unconscious already.Feel free to watch the video below to see how the Angels save him.!!